The Wells Fargo Center's East Food Hall will be open to fans at 2 p.m. on Sunday, with dollar dogs and discount beers ready for the Phillies game 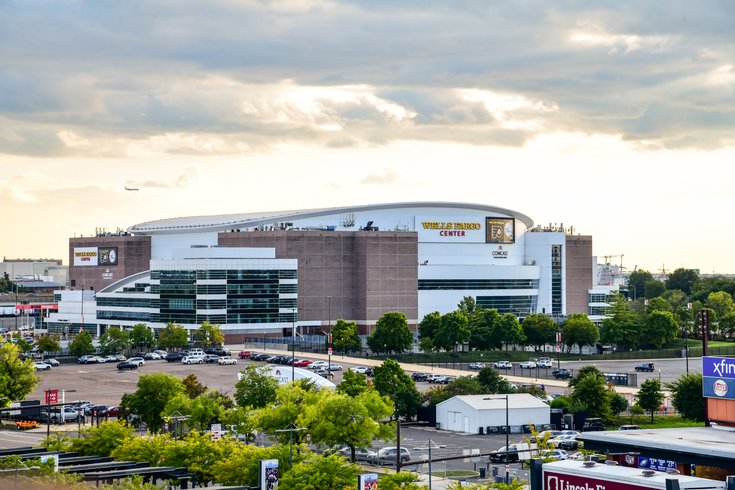 The Flyers will try to make the Wells Fargo Center an extension of Citizens Bank Park on Sunday.

Sunday is going to be another wild 24 hours down at the Sports Complex and the Flyers are coming prepared.

So show up to the Wells Fargo Center for the hockey, show up even earlier for what may very well be the biggest game of the Phillies' season.

The Flyers announced Thursday morning that they will be opening the doors to the Wells Fargo Center at 2:00 p.m., several hours ahead of their game against the San Jose Sharks and the returning Oskar Lindblom at 7:00 p.m., so that fans can watch Game 5 of the NLCS before puck drop.

The arena's East Food Hall and bar on the 11th Street side across from Lincoln Financial Field will be open to ticketholders, serving $1 hot dogs and $5 beers as the Phils fight for the NL pennant starting at 2:37 p.m.

Then the Flyers will try to improve on their surprising 3-1 start that has, so far, included comeback wins over the Vancouver Canucks and the three-time Stanley Cup Finalist Tampa Bay Lightning.

To pull a page from Shamus Clancy's playbook, the vibes in Philly have been immaculate the past couple of weeks, and everyone especially was on the same page last weekend.

On Saturday, while the Flyers were playing the Canucks, the arena scoreboard above would regularly cut in to show the broadcast feed from Game 4 of the NLDS against the Braves across the street, including the final out and celebration which happened midway through the second period. The crowd erupted.

Scott Laughton scored soon after to tie the hockey game at hand 2-2, then Travis Konecny scored in the third to give the Flyers the lead and eventually the win to keep the Philly teams perfect leading into the Eagles-Cowboys game the next night.

The Phils are coming back home to Citizens Bank Park with the series split 1-1 against the Padres for Games 3, 4 and 5 on Friday, Saturday, and Sunday.

The Flyers will be wrapping up a three-game road trip on Saturday in Nashville then return home for the Sharks.

Both will be looking to work their magic again.