The 32-year-old has been a KHL all star three times, but has never played in the NHL 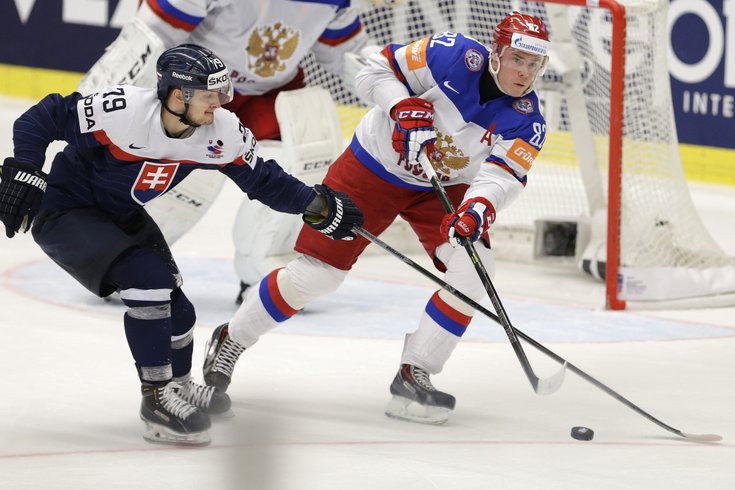 The Philadelphia Flyers have added another body to an already crowded blue line, signing free-agent defenseman Evgeni Medvedev of the KHL, the team announced on Wednesday.

Medvedev, 32, has never played hockey in North America after a 10-year career in the Russia, playing three years in the Russian Elite League prior to the creation of the KHL in 2008.

For the past eight* seasons, he has played for Ak Bars Kazan, winning two Gagarin Cups (the equivalent of the NHL's Stanley Cup) and being selected as an all star three times. In 373 career games there, Medvedev has notched 165 points (37 goals, 128 assists) to go with 408 PIM and a plus-100 rating.

*One in the Russian Elite League, followed by seven in the KHL.

Here's a highlight of Medvedev scoring a sick breakaway goal:

Internationally, Medvedev (6-foot-3, 187 pounds) has represented Russia in the Sochi Olympics, as well as at the World Championships, twice winning gold (2011-12, 2013-14). At the recently completed World Championships in Prague, Medvedev and the Russians took home silver.

It's interesting that the first signing since the hiring of new coach Dave Hakstol would be a player that, like Hakstol, has no prior NHL experience. Furthermore, signings like this -- at least once there are a few of them done -- will help give a glimpse into what kind of team style the new coach is hoping to bring to the team.

Currently, the team has six defenseman already under contract for next season, and plenty of decisions to make in the near future, according to Mike Halford of ProHockeyTalk:

Given his age and experience level, it’s safe to assume Philly signed Medvedev to play in the top-six. In light of that, GM Ron Hextall has some decisions to make — Philly has six d-men under contract for next year (Mark Streit, Andrew MacDonald, Luke Schenn, Nicklas Grossmann, Nick Schultz, Radko Gudas), still has to decide the future of RFA Michael Del Zotto and also signed Swiss prospect Christian Marti to an entry-level earlier this month.

What’s more, Philly has a crop of talented prospects on the horizon — Samuel Morin, Travis Sanheim, Shayne Gostisbehere, Robert Hagg — and it’s possible new head coach Dave Hakstol could be much more aggressive in activating his defense than his predecessors were. [prohockeytalk.com]

Even though Hakstol won't be the final authority on those decision, it's safe to assume he and general manager Ron Hextall will work together closely throughout the process. Therefore, those decisions will also go a long towards revealing just what kind of team the Flyers will be going forward.

[NOTE: The Flyers originally announced Medvedev's first name as "Yevgeni" not Evgeni. Therefore, a previous version of this story spelled his first name incorrectly. It has since been corrected.]