Former GM: Doug Pederson 'less qualified to coach a team than anyone I’ve ever seen'

I don't normally like to re-blog things that other Philly media outlets have found and posted, but I'll make an exception today. On Sunday, former NFL GM Mike Lombardi delivered a surface-of-the-sun hot take about Philadelphia Eagles coach Doug Pederson, shown below, as transcribed by Brandon Gowton of Bleeding Green Nation:

“My beloved 76ers once hired a guy by the name of Roy Rubin from Long Island University. Poor Roy. He finished 4-47 before the Sixers canned him. 4-47! Years later, Fred Carter said ‘Letting Rubin coach was like letting a teenager run a big corporation.’

Hey Fred, meet the Eagles’ head coach, Doug Pederson! Now, everybody knows Pederson isn’t a head coach. He might be less qualified to coach a team than anyone I’ve ever seen in my 30-plus years in the NFL.

Pederson was barely a coordinator before he became head coach. Can you imagined if we elected a United States president who didn’t have any real training? Sorry, don’t answer that.

Look, the Eagles looked increasingly sloppy and unprepared as the 2016 season limped along. That ain’t changing in ’17.

Only Carson Wentz can save Pederson’s job, and Wentz actually got worse during his rookie year, not better.

When will the Eagles admit their mistake? Will they throw away 2017 by stubbornly sticking to the Pederson Principle?

Here's video of the above commentary:

Pederson has a lot to prove, but his rookie season as a head coach was hardly a disaster. Beyond that, I'll hold off on further commentary for now, but let's go ahead and set a calendar reminder to revisit this after the final day of the regular season: 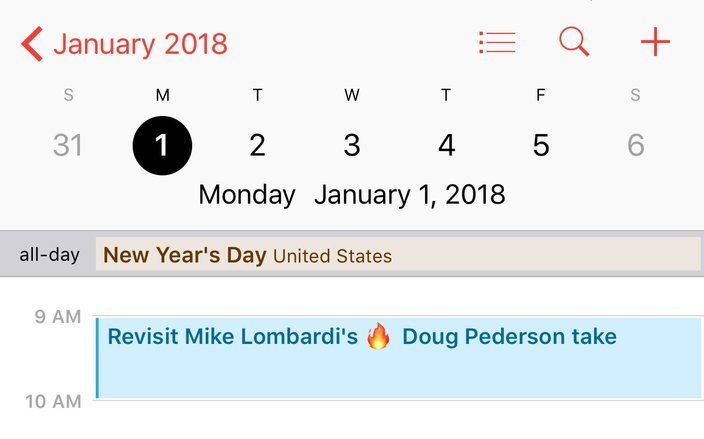