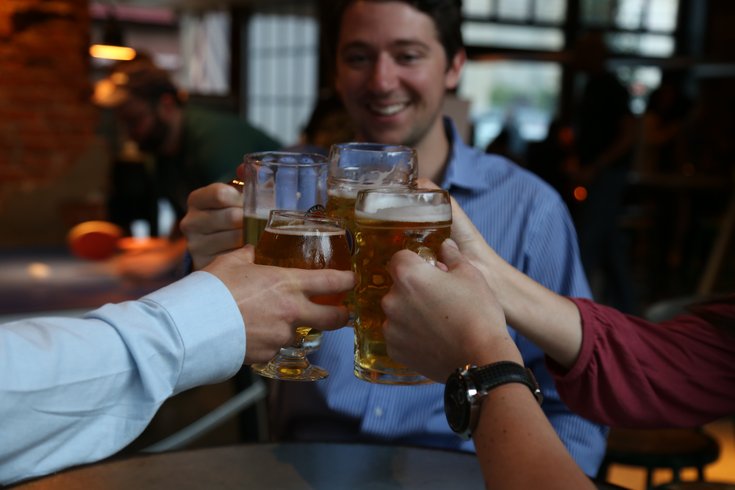 Beer gardens exploded in popularity this decade, as craft brewing and beer knowledge migrated from fringe interests to mainstream obsessions. Unsurprisingly, as a beer-loving and beer-brewing city, Philadelphia is home to some excellent beer gardens, including one just steps away from the birthplace of the country, and another one floating along the Delaware River.

So when the food-and-culture tastemakers at Thrillist decided to put together a list of the 26 best beer gardens in the country this week, here in the waning months of the decade, the question wasn't whether Philadelphia would be included, but rather which Philly beer garden would the site choose for its list?

The answer is Fishtown's Frankford Hall, a Stephen Starr creation and a year-round classic.

Frankford Hall opened in 2011, making it a relative elder statesman among the new crowd of pop-up bars and events. It comes outfitted with German snacks and draughts, an open-air space, and very large glasses. If you can deal with just a few too many bros, it's both a safe and good choice.

"Stephen Starr's contemporary German beer haven is perpetually humming in the summer months, but unlike many entries on this list, they refuse to bow to inclement weather, employing fire pits and space heaters to keep the action going even in the months when the Eagles are causing crippling disappointment (oh don't worry, last year won't repeat itself). But you didn't come here to argue about sports (hopefully), you came here to consume fine German brews by the liter, tear into various wursts, and vanquish a rival in shuffleboard. Okay that's KINDA sports arguing adjacent, but we'll allow it."

Elsewhere, Pennsylvania landed another entry on the list: Pittsburgh's Biergarten, which is also largely German-themed and features an open-air space.

Also, Pennsylvania tying both New York and California for mentions on a list about tragically hip destinations feels like a minor victory — or, depending on how you see it, a step in the wrong direction.