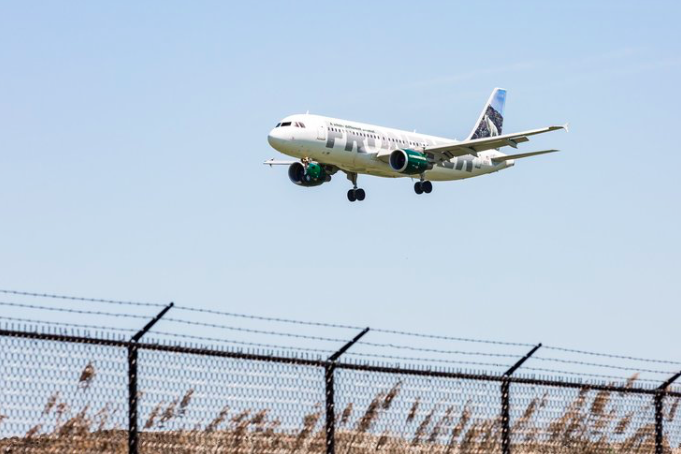 Wilmington-New Castle Airport will have commercial service from Frontier Airlines later this year. The budget carrier previously operated from the airport from 2013 to 2015.

Budget carrier Frontier Airlines will return to Delaware's Wilmington-New Castle Airport in the spring, ending a five-year period during which the state lacked commercial airline service.

An event appearing on Gov. John Carney's schedule for Tuesday revealed that an official announcement will come tomorrow, according to the Associated Press.

Frontier first offered service in Delaware beginning in 2013, offering flights to Atlanta, Chicago, Denver, Detroit, Houston and three destinations in Florida. The service eventually became limited to Orlando and Tampa before the airline ceased operations in the state in 2015.

At that time, a spokesperson for Frontier Airlines said that operating in Delaware wasn't profitable, but that a return in the future might be possible.

Data from the U.S. Department of Transportation showed that seven of Frontier's eight destinations from Delaware were at least 80% full early in 2015, according to the News Journal of Wilmington.

The Wilmington-New Castle Airport is operated by the Delaware River & Bay Authority, a bi-state organization with New Jersey that includes the Delaware Memorial Bridge and Cape May-Lewes Ferry. New Castle County holds a lease with the DRBA and had been assessing what to do with the facility.

Additional details on Frontier's return to Delaware are expected at Tuesday's event.