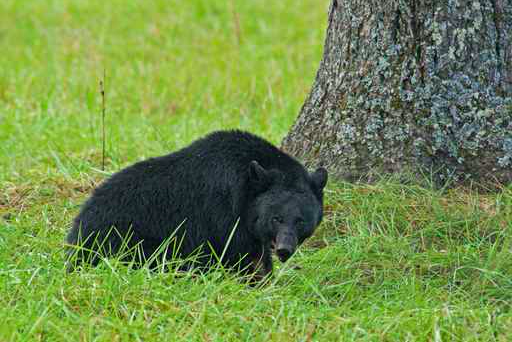 A black bear that spent several months on the loose in Delaware County has been captured and transferred to a new home after forcing a couple school lockdowns, charging at a police officer and inspiring a humorous social media account that lampooned the lengthy search for the big guy.

According to the Delaware County Times, local wildlife officials confirmed that the bear, believed to be a three-year-old male weighing 210 pounds, was successfully trapped in Ridley Creek State Park. He has been sent to live on state game lands in Dauphin County.

“The decision to trap and relocate the bear was for the safety and wellbeing of the bear,” said Justin Ritter, Wildlife Conservation Officer for the Pennsylvania Game Commission, in an email obtained by the newspaper. “We were afraid that the bear would soon start traveling out of the park to find other food sources or a mate. We did not want the bear to get hit by a vehicle.”

In mid-September, the bear prompted the emergency closure of Ithan Elementary School in Bryn Mawr and Academy of Notre Dame in Villanova. At one point, the bear reportedly charged at Radnor motorcycle officer Lt. Christopher Flanagan, who ditched his bike and scrambled away on foot.

Officials said the bear was lured at Ridley Creek State Park using donuts, maple syrup and honey. He was eventually subdued with tranquilizers.

Twitter users had a field day with the bear's fugitive status, launching a Radnor Black Bear account that roundly mocked both the bear's own aimless wandering and the county's efforts to trap him.

I still need to eat some more to reach my calorie target for today, so if you could leave your trash out, that'd be GREAT

Seriously, it could be worse, I could be wearing a clown suit. https://t.co/ytnpdbD68d

You'd be surprised, there's so much to be done -- count all the bees in the hive, chase all the clouds from the sky

OK suddenly I feel less good about the fact that these guys are the ones they called in to find me. https://t.co/QlgiYOv5Hn

You can take the bear out of Radnor, but you can't take Radnor out of the bear.

In recent years, the Pennsylvania Game Commission has extended bear hunting season in select parts of the state to address a boom in the black bear population. Their numbers increased from around 4,000 in the 1970's to around 18,000 today, leading to more frequent sightings and interaction with human beings.

Radnor Black Bear will now be free to roam on 11,000 acres of state land, all while maintaining his indomitable Delco Pride.

You can take the bear out of Radnor, but you can't take Radnor out of the bear.