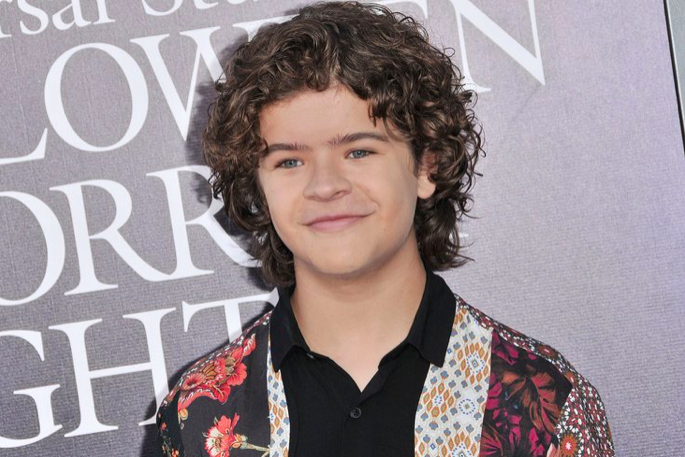 Gaten Matarazzo, who stars as Dustin Henderson in "Stranger Things" on Netflix, is facing backlash from fans after it was announced he'll host a new hidden-camera prank show targeting newly hired part-time employees.

Less than a month remains before the return of Netflix's megahit "Stranger Things," whose summery third season drops on the Fourth of July.

The sci-fi drama has been pretty flawlessly executed thus far, thanks in large part to a cast that perfectly gels to create the believable fictional community of Hawkins, Indiana.

One of the show's most beloved and important characters has been Dustin, played by 16-year-old New Jersey native Gaten Matarazzo.

The Little Egg Harbor Township resident, who recently took prom photos on the Ocean City Boardwalk, has even parlayed his success into a string of Verizon commercials, where he plays the same smart aleck we see in "Stranger Things."

Each episode of this terrifying and hilarious prank show takes two complete strangers who each think they're starting their first day at a new job. It's business as usual until their paths collide and these part-time jobs turn into full-time nightmares.

The response to the show's premise was less than enthusiastic over the weekend. Critics feel that a 16-year-old millionaire — Matarazzo reportedly earns north of $200,000 per episode of "Stranger Things," up from $30,000 previously — probably shouldn't be toying with people who are out there looking for part-time work.

I used the last bit of money to buy gas and come to this interview,

Gaten Matarazzo: Surprise There is no job, we were just messing with you, wait why are you crying. https://t.co/RaqWPiSjTy

Reminder: When Ashton Kutcher’s PUNK’D first began, they did a terrible prank involving a dead body in a hotel room - and got themselves sued for $10mil. Gaten Matarazzo should pay attention to history before his prank show airs. https://t.co/aoFootATEr

wow what a horrible and terrible idea, but let’s maybe not refer to it as “Gaten Matarazzo’s cool new Netflix prank show” when I am sure this actual child had nothing to do with the development and pitch of this original idea that probably/definitely wasn’t his https://t.co/GleBBNFvbi

"Congrats on your new position as head cashier!"

*gets chased by drooling clown with ax for an hour, shits self, lays trembling in corner*

"HA HA LOSER, GOOD NEWS IS WE WON'T KILL YOU, BAD NEWS IS YOU DON'T REALLY HAVE A JOB"

Yes, let's prank a bunch of people trying to find work in a time of economic anxiety and wage stagnation. Hilarious! @netflix is totes edgy, you guys. https://t.co/YvweZQbUvZ

WTF, Gaten Matarazzo? I really liked the kid, but his new show that pranks people who believe they're starting a new job, is an atrociously cruel notion.

A rich kid is going to pretend to give employment to people who desperately need it then take said employment away so he can make money from it? This is simply cruel.

Can the first prank please be Gaten Matarazzo being screwed over because his prank show got cancelled https://t.co/OHJc6e4vVy

Many have tried to redirect blame for the new series onto Netflix and Matarazzo's agents, sparing a teenager public hostility that could have been avoided had grown men and women thought better of the concept.

This dystopian nightmare show is NOT Gaten Matarazzo’s fault. It’s his reps & his parents. They should know better. They’re the adults here. Remember when you were a kid?

Gaten is a child who doesn’t know better. Don’t go after a child, rage at the adults steering him. https://t.co/8i4m8nFkt9

Matarazzo, Netflix notes in its press release, recently launched a foundation to benefit those suffering from cleidocranial dysplasia, a rare genetic condition affecting the development of bones and teeth with which the actor has been diagnosed.

Others have argued critics need to lighten up and understand that the show is intended as simple entertainment. If the job-seeking participants are compensated for their appearances — that has not been confirmed by Netflix — then is it really so bad?

Jesus christ guys it’s a prank show. Not only will these be light hearted pranks or things so out of the ordinary it wont stress the person out, but the lump of cash they’ll get paid after will more than make up for it. Twitter police need to fuck off and get a sense of humor

No matter where you stand on "Prank Encounters," it doesn't make much sense to roast a 16-year-old for being the face of a questionable idea that only 16-year-olds would find funny. The show's premise is undoubtedly tone deaf, stupid and tasteless, but so is a lot of great comedy. Sometimes it works in the right dosage. Netflix is betting on its talent for that — consider the shock value of "American Vandal" —  but there's no question it could have come up with something better for Matarazzo.

How this lands with audiences will come down to its delivery and whether or not the people being pranked are able to take it all in stride.

For now, there's no indication that Netflix plans to back off "Prank Encounters," and Matarazzo has yet to respond to his critics after tweeting about the announcement of the series.

Unless Matarazzo takes some kind of heel turn in Season 3 of "Stranger Things," he should be able to redeem himself enough for people to give the new series a chance.