Bush will play songs off their new album, 'Black and White Rainbows,' as well as old favorites this Saturday in Camden 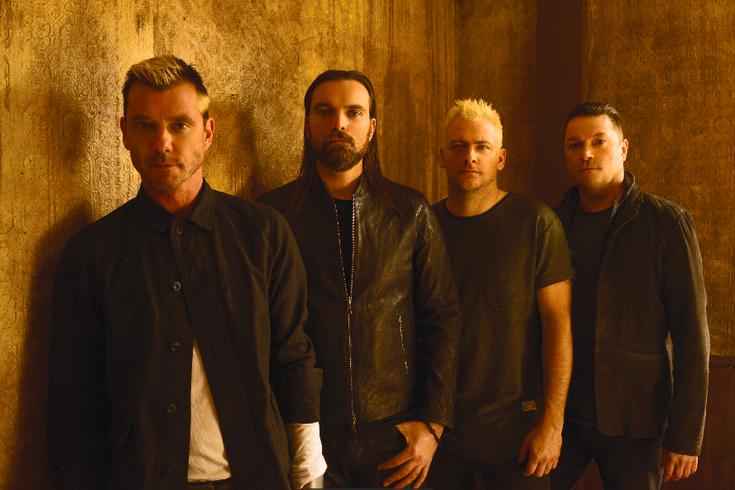 Bush will appear Saturday at the MMR-BBQ at the BB&T Pavilion in Camden.

Gavin Rossdale is resilient. Even though his band Bush sold millions of albums during the ‘90s, some critics jabbed at the band as a grunge by the numbers act. But Rossdale shrugged that off.

The numbers that mattered were the six million copies of the band’s breakthrough album “Sixteen Stone” which were sold. Sixteen Stone’s initial single, “Everything Zen,” was a ‘90s anthem. Rossdale, 51, was zen when the band broke up in 2002, and after the very public divorce from his wife, mega-pop star Gwen Stefani last year. Rossdale has focused on Bush, which reformed in 2010.

“Black and White Rainbows,” which dropped in March, is the deepest, most diverse project in the seven-album Bush canon. The pretty and poignant “Lost in You” and the hook-laden “The Beat of Your Heart” are some of the new standouts.

“I throw myself into my work,” Rossdale said.

“That’s something that has never changed. That’s the constant no matter what else is going in my life.”

Rossdale leans on Bush, which also includes guitarist Chris Traynor, bassist Corey Britz and drummer Robin Goodridge. The latter formed the band with Rossdale in 1992. They perform Saturday, May 20 at the BB&T Pavilion across the river in Camden.

“I’ve been very close with every member of this group,” Rossdale said.

“That includes everyone who has been with Bush. There have been only six people to ever be part of Bush. That’s a good thing. It’s not like there’s a revolving door with this band. I asked the other two guys who were in this band (guitarist Nigel Pulsford and bassist Dave Parsons) if they wanted to be part of this (when the band reformed) but I knew that they wouldn’t want to come back. But we’re good with Chris and Corey...We’re all very tight.”

Some musicians do morph, and Rossdale is one of those recording artists, who has matured. Rossdale, who was crucified by some scribes for appropriating grunge, has become a thoughtful, arty songwriter. Not a bad leap for a guy who wrote some of the more inscrutable lyrics of the ‘90s.

“Back during Bush’s early days, I was interested more about how lyrics sounded coming out of my mouth than I was about actual words,” Rossdale said.

“But now I am more interested in the words. I love what Patti Smith did as a songwriter. I love her lyrics. I aspire to write great lyrics. I want to write great songs. As I get older, I think I get better. I know more. In this country, it’s all about the very young, but there are so many great older recording artists.”

As I get older, I think I get better. I know more. In this country, it’s all about the very young, but there are so many great older recording artists.”

Bruce Springsteen, Bob Dylan and Robert Plant are each creating impressive work during their twilight years. Rossdale isn’t on the level of those icons, who should be carved into a Mount Rushmore of Rock. But Rossdale would like to do his best at mid-life.

“I just want to create the finest songs that I can create,” Rossdale said.

“I’m just happy that I have this band. We’re going to continue to make music over the years and that’s a great thing.”

Bush will appear Saturday at the MMR-BBQ at the BB&T Pavilion in Camden. Godsmack, Live, The Pretty Reckless, The Struts, Zakk Sabbath, Rival Sons, Dinosaur Pile-Up and Stolen Rhodes are also on the bill. Tickets are $25, $75 and $95. Show time is noon. For more information, click here.