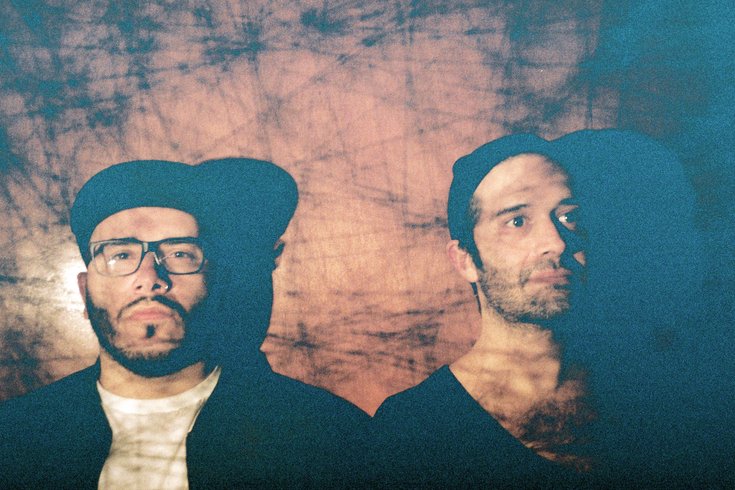 Daryl Palumbo and Justin Beck started Glassjaw in 1993 and recently released "Material Control" this past December.

Post-hardcore music legends Glassjaw performed at Union Transfer last week – the grindy and melodic hardcore rang in the echo of Daryl Palumbo’s screams into the mic. Hands thrashed in the air as the band’s driven energy reveled throughout the crowd and down the setlist. The band just recently ended their North American joint tour with early '90s post-hardcore group, Quicksand on Friday in New York City.

They've come a long way from their 2000 release, “Everything You Ever Wanted to Know About Silence.” Releasing "Worship and Tribute" in 2002, the band grew in popularity and exploded across the so-called “screamo” movement of the early 2000s.

Though most bands were quite against the designated "screamo" label, to which, Palumbo is no exception.

“It’s just that wasn’t screamo,” he says matter-of-factly, in reference to the mid-'90s genre.

“Seeing screamo meant really intense – heavy, sloppy, artsy, chain wallet falling on the floor – screaming, art-student hardcore. We were never a real screamo band from the '90s. Those bands were way cooler than us.”

Despite the screamo label, the band always (as many from this time period do) referred to itself as "post-hardcore," of which Glassjaw has been a staple of since the early '90s. Beginning in 1993, the band has strung through hardcore and earlier post-hardcore influences, including their tour mate.

“Quicksand was always sort of – one of – if not our favorite post-hardcore-experimental-psychadelic-art-rock influence. That type of stuff – that’s what we always aspired to do.”

They’ve kept the same aggressive and abrasive energy of their early works and drove it into their new album, “Material Control,” which came out last December to critical praise. It’s the band's first album since "Worship and Tribute," and it’s like they never left. Though, as Palumbo notes, their influences have relatively remained the same.

The same energy that inspired them is the same energy from whence they came. The band was one of the staples of the Long Island music scene, which included a number of post-hardcore bands and also birthed acts such as Taking Back Sunday and Brand New.

“It just felt like it was big and passionate,” Palumbo says about the Long Island music scene.

“Crazy motherf***ers just dying to go to shows every night. Everybody was in a band; everybody was friendly. We were 35 miles from Manhattan, so, you know, that helps. We all got a little plugged in while still being a little suburban."

He adds on the influence of suburbia: "You're just really innocent, in a way, while living on Long Island too.”

This suburban aggression that fuels their songwriting has only evolved with time, he said.

“Our writing got better as we aged,” Palumbo says about his songwriting partnership with Justin Beck, the band’s guitarist and co-creator.

"I think the writing is probably more focused as well and faster in the whole process."

He adds, "We don’t put out records all the time, but we’re constantly thinking musically in life. You get better as you do it."

As the band shreds through “Gillette Cavalcade of Sports” on the stage in intensity and heart, one thought Palumbo brought to the table shows in their performance to their dedication with their music and fans.

“There are always things going on in our life, and Glassjaw is this perpetual thing that is always interwoven into as it goes.”