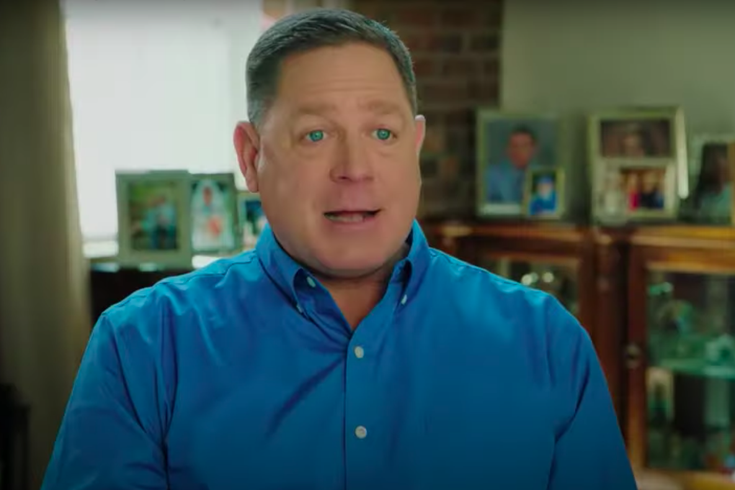 Republican Dave White, a former Delaware County councilman and Ridley Township commissioner, has pledged to cut governmental red tape for businesses if he is elected governor.

Republican David White, a businessman with political roots in Delaware County, has highlighted his blue-collar background in his bid to win Tuesday's gubernatorial primary election.

After graduating from Cardinal O'Hara High School, White, 60, became a union steamfitter, following in the footsteps of his father and grandfather. It's a path he would like to see more students take.

About 3% of Pennsylvania high school students are enrolled in a vocational program despite what White characterizes as a high demand for trade workers. White would like to see that figure rise to 30% over the next decade.

Over the course of a 40-year career, White developed an expertise in HVAC systems. In 2005 he founded the HVAC company DWD Mechanical Contractor, Inc., which has grown to employ more than 80 people. The company now makes $85 million each year, he said.

White considers this the American dream, and has said he wants to restore the opportunity.

He has pledged to reduce governmental red tape for businesses and the energy sector.

White also would like to remove Pennsylvania from the Regional Greenhouse Gas Initiative, a multi-state agreement to fight climate change, which he says will save thousands of jobs.

White has emphasized his opposition to abortion, saying he would support legislation that bans the procedure without exceptions. He has said this value was instilled in him by his parents – White is one of 14 children – and reinforced when his son, Brian, was born with microcephaly and cerebral palsy.

"He's a daily reminder that every life is a gift from God," White has said.

White began his political career as a Ridley Township commissioner. He was appointed to Delaware County Council in 2012 and elected to a four-year term the next year. But he was defeated in 2017 in an election that saw Democrats win their first seats on the board.

White has worked to align himself with former President Donald Trump and his "America first" agenda. He opposes critical race theory and defunding police agencies. And he has vowed to sign legislation that divides sports based on biological sex, saying it will protect women's sports.