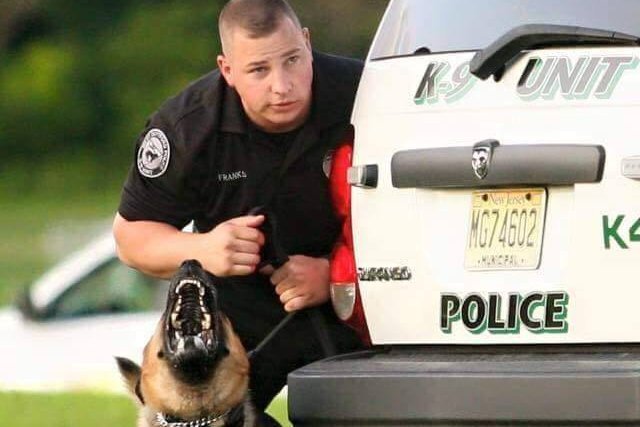 Judge served the residents of West Deptford for more than seven years.

The Angels for Animals Foundation is hoping to help service dogs that are facing serious medical hardships with its Guardian Angels K-9 Fund, which formally launched Friday, March 13, NBC10 reports.

Mark Magazu II, founder and chairman of the Woolwich Township-based foundation, told the station the fund was started in honor of Judge, a dog who served with the West Deptford Police Department for seven years and died recently.

When the 9-year-old German Shepherd was diagnosed with Cushing's disease (hyperactive adrenal glands), his medical bills exceeded $12,000, forcing his handler to ask community members for help in covering those costs.

Judge's handler, Cpl. Michael Franks, said the town only allotted $300 for handlers to spend on medical expenses, leading his colleagues to start an online fundraising effort. The end result was more than $14,000 raised in two days, something Franks said is a direct result of the impact Judge had on people in the community.

The West Deptford Police Department posted an announcement on Facebook following Judge's passing. According to the post, because of his service, 152 suspects were arrested for criminal offenses, three motor vehicles were seized, three handguns were taken off the streets, countless amounts of drugs were seized and more than $47,000 in currency was taken from people involved in illegal activity.

"It is with great sadness that the West Deptford Police Department says goodbye to K-9 Judge today," the post said. "He was a valued member of the police department, and his work on the street and in the community was second to none. His positive impact was evident this morning, when officers and K-9 units from all around southern New Jersey came out to pay tribute to this exceptional dog."

"Our K-9 officers and veterans serve our communities and risk their lives in the same way that our bravest servicemen and women do," Magazu told NBC10.

He said the launch was planned for Friday because March 13 is "K-9 Veterans Day."