Disney+ releases trailer for 'Hamilton' ahead of July premiere

'The Mighty Ducks' and 'Solo: A Star Wars Story' will be available on the streaming platform next month 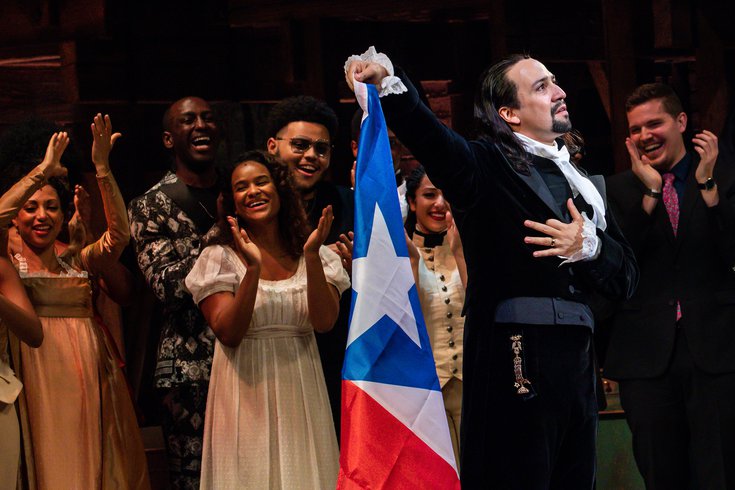 Disney+ released the trailer for 'Hamilton' on Sunday. The rap-inspired musical, which is based on Founding Father Alexander Hamilton, will hit the platform on July 3. The film was shot onstage with the original cast at Richard Rodgers Theatre in 2016.

Broadway fans who didn't catch "Hamilton" on stage will soon get to enjoy the Pulitzer Prize-winning musical from the comfort of their own homes.

The hip-hop inspired musical, based on the life of founding father Alexander Hamilton debuts on Disney+ on July 3. In anticipation, the streaming platform released a 60-second trailer on Sunday to entice fans. It features a mash-up of the musical numbers' "Alexander Hamilton" and "Satisfied" with high-action clips from the show.

The musical, which debuted in 2015, was written by Miranda, who plays Hamilton. It was adapted from the 2004 biography "Alexander Hamilton" by Ron Chernow. In 2016, the musical won 11 Tony Awards, including Best Musical. It also won the Pulitzer Prize for Drama. The touring cast of the musical performed Philadelphia at the Kimmel Center in the fall.

Disney originally planned to release "Hamilton" in theaters in October 2021, but it was moved to the subscription service last month amid the coronavirus pandemic.

Watch the trailer for "Hamilton" below.

In addition to "Hamilton," there will be a slew of family-friendly titles arriving on Disney+ in July. This includes '90s kid favorite "The Mighty Ducks" and the fifth installation of "Ice Age." "Star Wars" fans also will be pleased to see the addition of 2018 Hans Solo adventure film, "Solo: A Star Wars Story," which debuts July 10.