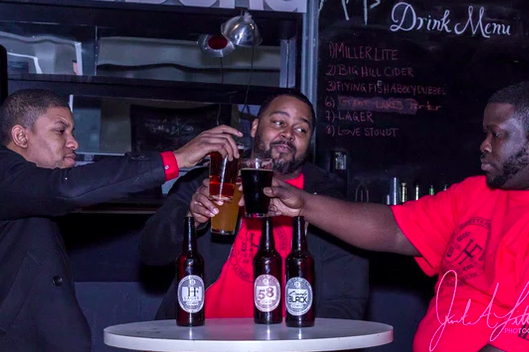 A Harrisburg group is getting closer to opening what might end up being the first Black-owned brewery in Pennsylvania.

Shaun Harris, Jerry Thomas and Tim White are behind the Harris Family Brewery, which has been in the works since 2014. The group is close to opening a location in the state capital after plans were stalled by the COVID-19 pandemic.

Their efforts are gaining traction as another Black-owned brewery – Two Locals Brewery – takes shape in Philadelphia. The city already includes Mack Brewing Co., a "home brewery" that showcases products in the Philly area.

A GoFundMe launched by White has raised more than $28,000 toward its $30,000 goal. The funding will go toward a final license and "a few more brewery needs."

"Our goal is within reach but we NEED your help to cross this finish line," White wrote on the GoFundMe page. "We are still Independently owned and are still being laughed at by banks who don’t believe in the DREAM."

The founders faced a few hurdles as they started making beer – including a few failed batches. The group at times has felt unwelcome when trying to join predominantly white craft beer circles or visiting craft breweries.

"We self-taught ourselves how to brew," White recently told Forbes. "On Facebook, we tried joining a craft beer group, but it was one of those undercover racist places. Literally, people were like, 'Ya’ll are trying to appropriate our thing.'"

Instead, they mostly relied on YouTube videos to perfect their craft. As they did, the Harris founders said their friends were shocked that beer that good could be made from inside their kitchen.

The Harris group plans to open its brewery in Harrisburg's Allison Hill neighborhood, which the founders call a "craft beer desert." They hope the brewery will be "a driving force" in bringing back manufacturing jobs to the neighborhood, White wrote on the GoFundMe page.

The two companies are releasing a beer as part of the "Black is Beautiful" campaign organized by a San Antonio-based Weathered Souls Brewing Co. "Black is Beautiful" was launched in the wake of the George Floyd killing as a fundraiser benefiting racial justice organizations.

"This movement doesn’t have a leader," White said. "What it is is a whole bunch of groups of people everywhere speaking to the same cause, and I think that’s a good thing. It empowers the people."

Harris Brewery previously collaborated with Love City Brewing and Two Locals to release an imperial stout for the "Black is Beautiful" campaign.