Have a heart-healthy holiday season

Heart attacks spike during the holiday season – when stress is high 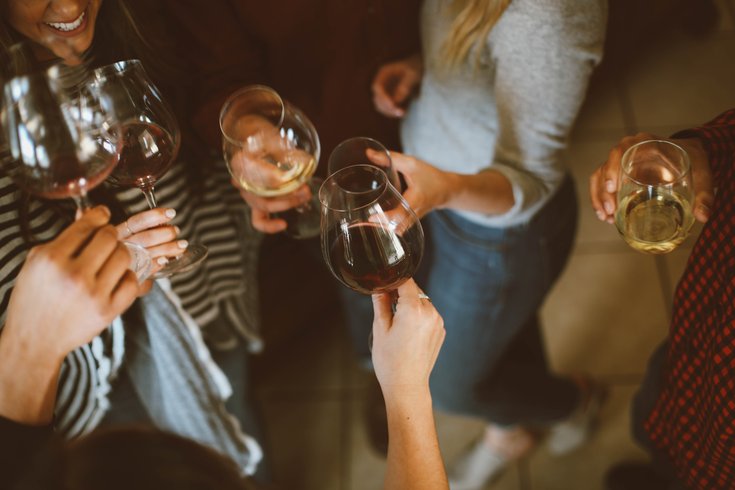 Heart attacks are more prevalent during the holidays.

The holiday season comes with many challenges to maintaining one’s health – both emotionally and physically. Although the holiday season is meant to be joyful with all the festivities and family gatherings, it can be associated with a significant amount of stress that can have an impact on your heart health. It is important not to lose sight of the need to maintain healthy habits, which is certainly true for people with heart disease but also for those without it.

There are numerous risk factors for heart disease including high cholesterol, diabetes, high blood pressure, tobacco use, being overweight or obese, alcohol use and lack of physical activity. All of these risk factors can come into play during the holiday season with the hustle and bustle, overextended commitments, shopping responsibilities and entertaining family and friends.RELATED STORY: What's all the beef with red meat? Cardiologists explain

The holiday season has been described as one of the most stressful times of the year. Although the actual link of stress itself on the heart is unclear, the effects of stress on the heart are multifold. Stress can result in the excessive release of the hormone adrenaline, which results in an increase in one’s heart rate and blood pressure. It can cause arteries to constrict, helping blood clots to develop. In addition, adrenaline can cause irregular heartbeats.

Stress also results in a release of another hormone called cortisol which in addition to the effect of raising the blood pressure can increase blood cholesterol, triglycerides and blood sugar, leading to aggravation of pre-existing heart disease risk factors.

In a 2018 study published in British Medical Journal, Christmas was associated with a 15% increased risk of having a heart attack compared to other times of the year, the highest risk being on Christmas Eve. This is particularly true for older individuals with diabetes and established heart disease. For years studies have shown that more people die around Christmastime than any other time of the year and that these deaths occur irrespective of the climate and the cold weather. A 2004 studied published in Circulation revealed that the three dates people are most likely to die from heart disease are December 25-26 and January 1.

In a New Zealand study where Christmas occurs during the summer season, there was a 4% increase in deaths compared to other times of the year. These deaths occurred in younger people than those deaths occurring the rest of the year.

Although the direct effect of stress on the heart is uncertain, the stress associated with Christmas affects one’s behavior. This includes poor dietary habits, smoking and lack of physical exercise. The consumption of alcohol increases during the holiday season and the detrimental effect of acute alcohol ingestion on the heart has been noted since the 1970’s when the “Holiday Heart Syndrome” was first reported. Alcohol appears to cause cardiac rhythm disturbances in healthy people particularly after acute excessive alcohol ingestion; the most common arrhythmia observed is atrial fibrillation and the most common symptom is palpitations. The majority of the time the rhythm disturbance and symptoms will resolve within 24 hours with abstinence of alcohol with no permanent effect on the heart. Whether it is symptoms related to the “Holiday Heart Syndrome” or other symptoms, such as chest pain or shortness breath, it is it not uncommon for individuals to delay seeking medical care.

So during the holidays it is especially important to make good choices. Whether its related to shopping, cooking or preparing for guests, taking time for oneself, including time for relaxation, is important. Planning ahead often will help and this includes regular exercise and knowing when to say no so as not to be overcommitted and overstressed. Exercise is not only good for the heart but it is a good stress reliever. Planning ahead also means saying no to overindulgence in foods, including limiting salt intake which is extremely important in individuals with hypertension or a history of heart failure. Overindulgence in fatty foods and sugary sweets during holiday festivities is another common temptation one must be on guard for. Studies have shown that there is an increased risk of a heart attack after the consumption of a heavy meal.

It is important to limit your alcohol consumption following the American Heart Association’s recommendations of one-to-two drinks per day for men and one drink per day for women. Alcohol only adds extra calories to the festive meal and all the holiday pastries.

Why is there a spike in heart attacks and death during the holiday season? We don’t really know for sure. Perhaps it’s the stress. Some suggest that it may be partially due to the fact that individuals delay seeking medical attention so as not to disrupt the festivities. If you're traveling, don’t wait to get home to seek medical attention. Let common sense dictate. If something doesn’t seem right or if your experiencing chest pain, shortness of breath or palpitations, seek immediate attention. It may be the difference between life and death. Taking care of your heart doesn’t mean you can’t enjoy the many treats of the holiday season. The key word to remember is moderation. Wishing you a heart-healthy holiday season and a healthy New Year.