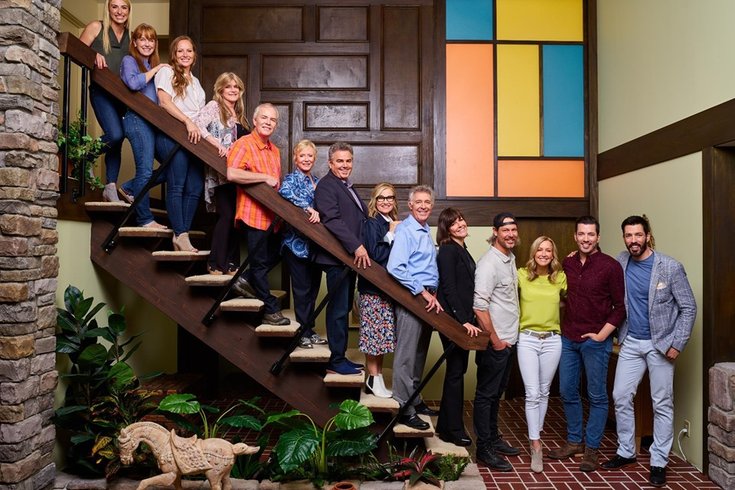 HGTV has reunited the original cast of "The Brady Bunch," which celebrates its 50th anniversary this year, to remodel the home used as exterior shots for the home.

HGTV reunited the original cast of "The Brady Bunch," which celebrates its 50th anniversary this year, to remodel the home used as exterior shots for the home. The network announced on Friday that "A Very Brady Renovation" was finally complete...and, boy, is it groovy.

The home in Studio City, Ca. was purchased by HGTV for $3.5 million in August, originally outbidding *NSYNC singer Lance Bass. The network announced in November that they were reuniting "The Brady Bunch" cast to renovate the house.

Though, by "new" life, we mean in an old-new way, considering the house's interior was done in near exact detail of the hit 1970s show's set. Everything down to the couch, the staircase, the horse statue and plants - it's nearly a replica.

Each cast member was paired with a HGTV designer to design one room of the house. The designers involved in the remodeling process included  "Property Brothers" Drew and Jonathan Scott, "Good Bones" with Mina Starsiak and Karen E. Laine, "Restored by the Fords" Leanne and Steve Ford, "Hidden Potentials" with Jasmine Roth and Lara Spencer from "Flea Market Flip."

Premiering in 1969, the show ran for five seasons. The interior shots were filmed on a sound stage...which made remodeling the home all the more difficult. The Studio City home was originally a one-story home, so a staircase and second floor had to be added in order to maintain the show's original likeness.

"A Very Brady Renovation" will air on HGTV this September. Check out the new groovy digs below.