Before his final series as Phillie, relive some of Ryan Howard’s greatest hits

As Ryan Howard’s long Phillies career comes to an end this weekend against the New York Mets, the Big Piece will depart as the only member of the 2008 World F#@%!^& Champions to reach the finish line of his final contract in Philadelphia.

The final lap wasn’t always easy, and truth be told, the entire final last of Howard’s tenure in Philly wasn’t marked by much success at all, at the individual or team levels. Let’s forget about all that for now and think back to Howard’s peak, when the Phillies were winning games and he was hitting bomb after bomb.

Here are some of Howard’s greatest hits:

Seven RBIs vs. Yankees (including an upper-deck homer): 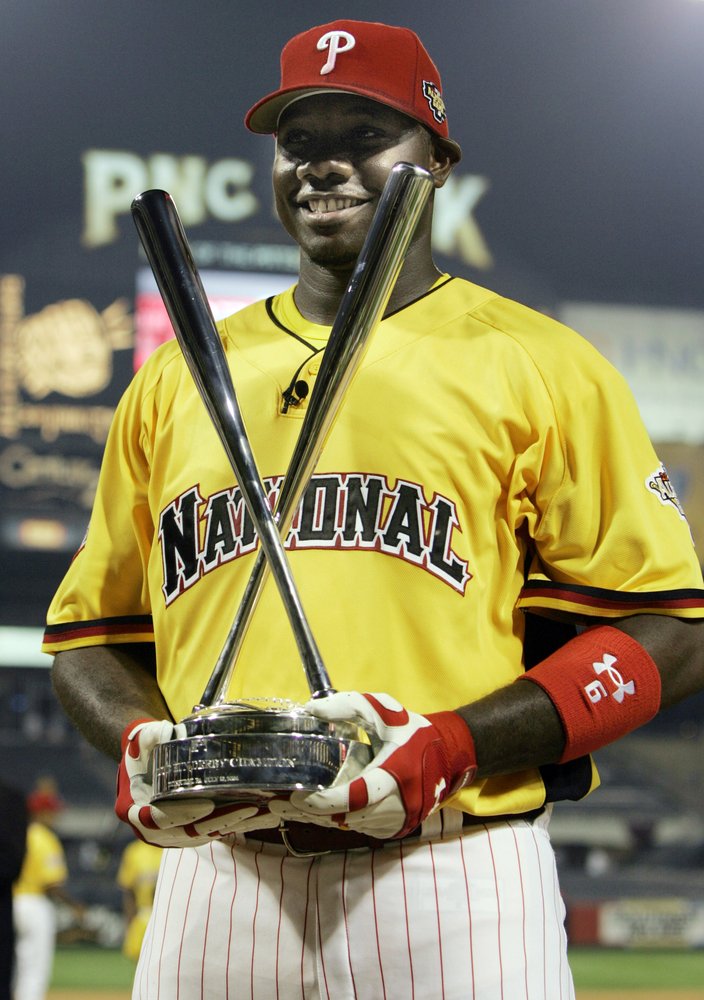 “Get me to the plate, boys”