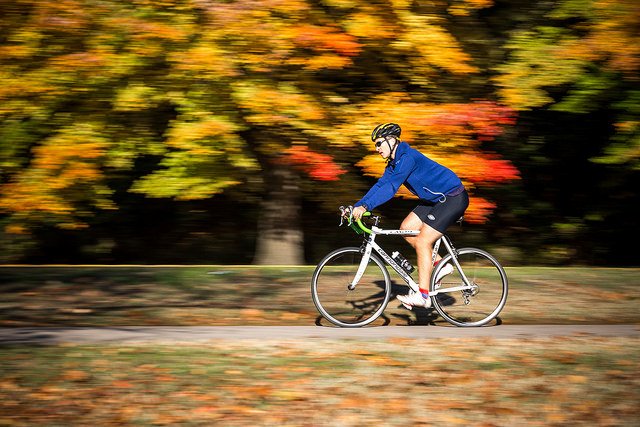 Cyclists will one day have hundreds of new bike paths at their disposal in Montgomery County.

The Philadelphia suburb approved a plan that will add 800 miles of bike paths to the region, expanding its on-road bike system significantly. Since the county's first bike plan, laid out in 1998, there have only been a total 19.5 miles of bike lanes for the past 20 years. The number pales in comparison to Montco's more than 4,500 miles of roads.

"Powering the heart of the third-largest county in the state of Pennsylvania, with more than 825,000 people and 500,000 jobs, is a strong transportation network and a high quality of life," the proposal reads.

"Bicycling plays a role in both. It deserves a new plan with a focus."

With a 50 percent growth of bike use in the last 18 years, the report asserts, the goal of Bike Montco is to create cohesive, complete paths that will make biking a legitimate mode of travel, as well as equitable and safe for Montco communities.

The county will begin by incorporating already existing PennDOT improvement projects, such as resurfacing projects, to include aspects of the new bike plan. Funding for the project will come from various levels of government, though no specific price tag has been identified.