The hurricane's powerful remnants left serious damage across the state – and might have claimed this guy's home, too 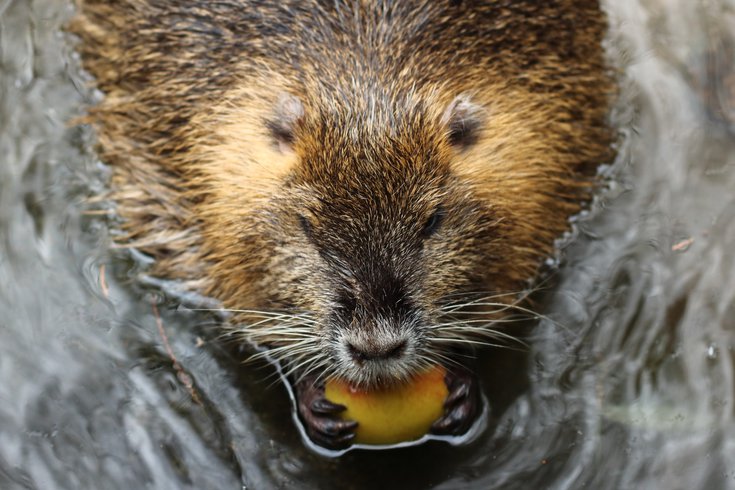 The remnants of Hurricane Ida didn't leave much to smile about in Pennsylvania, but video of a beaver's afternoon swim on a flooded road in Cambria County is a small consolation we'll gladly take.

The historic flooding brought to Pennsylvania by the remnants of Hurricane Ida are a frightening reminder of how swiftly nature can turn society upside down.

As much of the region spent Thursday assessing the damage across the state – especially in the greater Philadelphia area – an amusing scene came to light from Cambria County.

On a road between Ebensburg and Colver, which is about 65 miles east of Pittsbugh, a man spotted a beaver casually wading through the water as an emergency crew truck blocked off the area behind it. A video of the encounter was later uploaded on Facebook.

The Pennsylvania Game Commission says beavers are abundant in the state, so it's not necessarily unusual to see them in areas where people live close to their habitats. Catching them take a dip in the road during a flood is a little more rare.

Beaver dams can both contribute to and prevent flooding, depending on the body of water and where the dam has been constructed. It's better to have beaver dams in upland areas that slow the movement of flood waters toward terrain that's more prone to submersion. It's possible that Wednesday's flooding swept away this beaver's home, leaving it to venture out in uncharted territory.

There's really nothing the beavers could have done to help humans all that much with Ida, which dumped more than eight inches of rain in some parts of the state on Wednesday into Thursday.

The cost of Ida's destruction will undoubtedly be a nauseatingly large number in the millions, but at least someone was having a nice time out there. The flood beaver can now be added to the lore of emergencies in our region, joining the great snow camel of 2018 and the work-from-home pizza groundhog of the 2020 lockdowns.