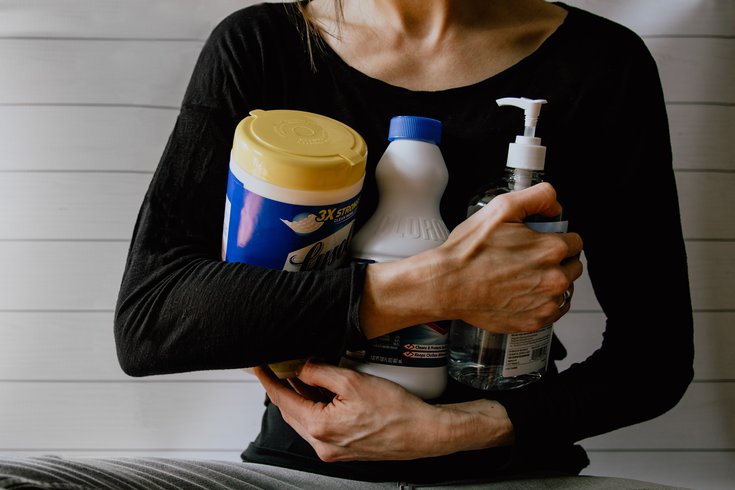 The 'hygiene hypothesis' suggests modern society is too clean, preventing children from being exposed to microbiota that benefit the immune system.

The ability to keep homes clean and protect people from germs has become much more advanced in the last 50 years. But is the use of antibacterial soap and various cleaning chemicals causing them to develop allergies and asthma?

Population-based studies consistently have shown that prevalences of allergies and asthma are higher in urban settings than in farms and other rural environments. Air pollution caused by industrialization is certainly part of the problem, but epidemiologists have wondered if other elements of modern society also play a role.

In 1989, British epidemiologist David Strachan developed the "hygiene hypothesis" — the idea that exposure to "good" microorganisms during early childhood strengthens the immune system, offering protection against allergies and asthma. The theory suggests modern society is too hygienic, in regard to both personal hygiene and home cleaning, preventing children from being exposed to microbiota that benefit the immune system.

But new research, published in the Journal of Allergy and Clinical Immunology, suggests the theory isn't necessarily true.

"Exposure to microorganisms in early life is essential for the 'education' of the immune and metabolic systems," said researcher Graham Rook, a medical microbiology professor at University College London. "Organisms that populate our guts, skin and airways also play an important role in maintaining our health right into old age. So throughout life we need exposure to these beneficial microorganisms, derived mostly from our mothers, other family members and the natural environment.

"But for more than 20 years there has been a public narrative that hand and domestic hygiene practices, that are essential for stopping exposure to disease-causing pathogens, are also blocking exposure to the beneficial organisms."

After reviewing available data, Rook and his team identified four reasons why that narrative isn't true:

1. In most cases, the microorganisms found inside homes are not the ones needed for immunity.

3. The microorganisms that people are exposed to within the womb, from family members and in the environment contribute to the development of the immune system — not those found on home surfaces.

4. The overuse of chemical cleaning products, which can infiltrate the lungs and increase the risk of allergies and asthma, is more concerning.

According to the Mayo Clinic, a pregnant mother's exposure to infectious germs or other substances, such as vaccines, may help strengthen development of her baby's immune system and gut microbiome.

John Lynch, an associate microbiology professor at the University of Washington, who was not involved in the study, says the "hygiene hypothesis" is problematic because it doesn't tell the complete story.

It is important not to link cleanliness with more disease because good hygiene protects people against dangerous pathogens, including the one that causes COVID-19, Lynch said. Plus, modern technology has made it easier to diagnosis asthma and allergies. That's why prevalence rates are higher in developed countries.

Yet, he warned against over-sterilizing homes. Not only will people fail to build up the healthy microbiota in their bodies, but there also is an increased risk for antibiotic-resistant bacteria.

"When you're talking about the hygiene hypothesis, the point of contention is that the focus should be less about hygiene and more about access to the right microbiota," he added. "I like to think of it like this: Hand washing is important if you're around someone who's sick or if your kid is rolling around on the floor at a restaurant, but maybe not so much if they're just playing outside at the park."