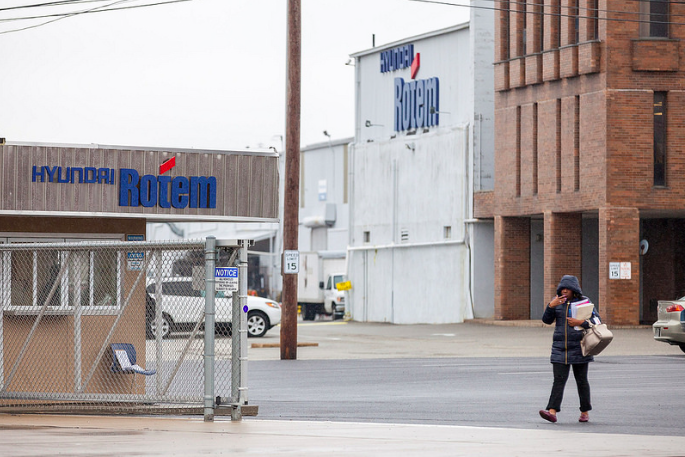 Train car manufacturer Hyundai Rotem will shutter its South Philadelphia plant by the end of August, following a debacle that nearly crippled SEPTA two summers ago and ending a 10-year run in the city.

The South Korean company will reportedly close the 300,000-square-foot facility at 2400 Weccacoe Ave., which had employed 300 workers in Philadelphia, according to Railway Age.

In 2009, Hyundai Rotem entered a contract to build 120 Silverliner V commuter cars for SEPTA. Defects in Silverliners' suspension systems forced SEPTA to remove them from the Regional Rail fleet in the summer of 2016, causing extended delays and service disruptions as the company refurbished them. Hyundai Rotem ultimately blamed the cracks on faulty welds done by a subcontractor based near Pittsburgh.

The plant's looming closure is partly driven by SEPTA's $137.5 million contract with Chinese-owned CCRC MA Corporation, whose Massachusetts-based plant will deliver the first of 45 bi-level trains to SEPTA Regional Rail in late 2019.

Hyundai Rotem had also bid for the contract to build the bilevel cars, though it's not clear what involvement the Philadelphia plant would have had the company secured the deal.

SEPTA's deal with CCRC will mark the first time the company has manufactured main-line passenger coaches for a United States customer.