We have a subconscious negative brain response to disfigured faces, Penn study finds 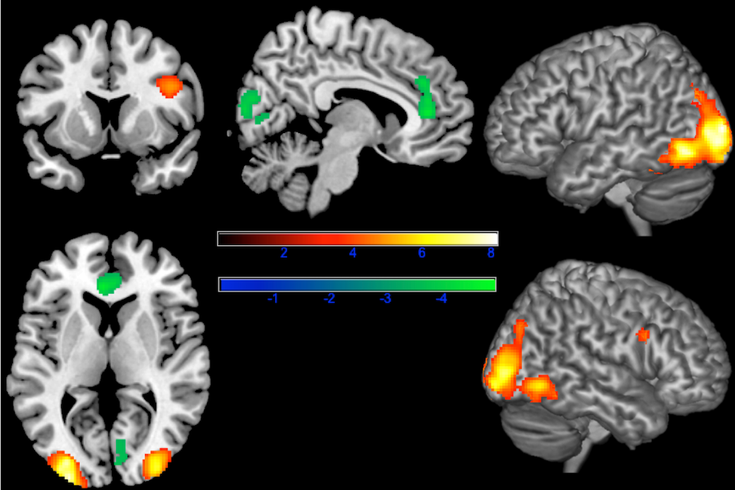 Whether we like it or not, implicit bias —  attitudes or stereotypes that affect our understanding, actions, and decisions subconsciously, per Ohio State University — rule a lot of life.

A new study published today in Scientific Reports by Penn Medicine looked into the behavioral and brain responses to people with facial abnormalities, such as scars, birthmarks, and other disfigurements. Per a Penn release, researchers discovered that our brains have a “disfigured is bad” automatic response, in comparison to the natural “beautiful is good” response.

"Judgements on attractiveness and trustworthiness are consistent across cultures, and these assumptions based on facial beauty are made extremely quickly. On the other hand, people with facial disfigurement are often targets of discrimination, which seems to extend beyond the specific effects of lower overall attractiveness and may tie in more with the pattern of results with stigmatized groups,” said the study’s lead author, Anjan Chatterjee, MD, in the release.

To determine this, researchers conducted two experiments dedicated to determining if these automatic brain responses to disfigured faces can be reduced by surgical intervention, the release explains. Penn researchers used photographs of patients with some variation of a facial abnormality — before and after surgical repairs —to measure people’s responses.

The first experiment, which was comprised of 79 participants, sought to see if people possess implicit biases against people with abnormal faces and if these biases differ from the ones we’re actually aware of (explicit bias). Researchers didn’t find any evidence of explicit bias against those with disfigured faces, but found that people — men, especially — preferred “normal” faces, Penn explains.

The second experiment included 31 participants on whom researchers used MRI to test brain responses to the before and after photos, Penn reports.

Between these two experiments, researchers found that unknowingly, people do, in fact, hold a negative implicit bias toward those with facial abnormalities. Further, the study found it is likely that people are less empathetic to people with disfigured faces and might even subconsciously dehumanize them to the level of stigmatized groups, including drug addicts and the homeless.

“In order to right any discrimination, the first step is to understand how and why such biases exist, which is why we set out to uncover the neural responses to disfigured faces,” Chatterjee said.