That means no more makeup for his Charles Barkley impersonation 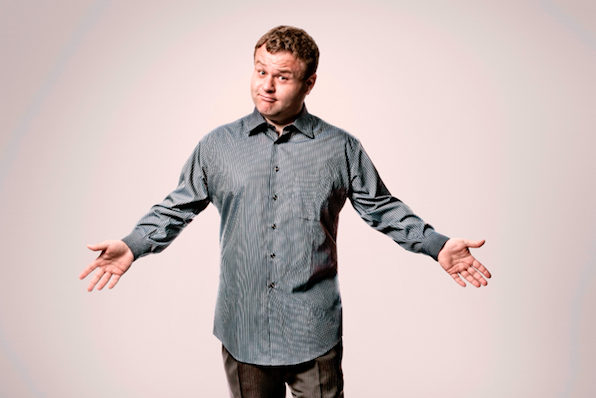 Frank Caliendo will be at the Borgata in Atlantic City on Saturday, Oct. 28.

In these politically correct times, an impersonation can open a career-threatening can of worms. Which explains why Frank Caliendo has sworn off adding the visuals to his trademark impersonation of former 76ers superstar and current basketball commentator Charles Barkley.

Caliendo, of course, is the entertainer who, for more than a decade, has reigned as show business’ leading celebrity mimic. While his repertoire of voices includes actors (Robert DeNiro, Al Pacino) and politicians (Bill Clinton, Donald Trump), his vocal calling cards come from the world of sports announcing, most notably Barkley and longtime NFL analyst John Madden.

When it was logistically feasible (as on his former TBS sketch series), Caliendo would pair his dead-on impersonation of Sir Charles with costuming that included brown-hued makeup that gave Caliendo a skin tone approximating that of his subject, and Barkley's signature clean-shaven scalp. Caliendo insisted no offense was ever intended, but he understands the potential blowback in these on-edge times simply wouldn't be worth the grief. Thus, he has voluntarily retired that aspect of the impersonation.

“I wouldn't even come close to it anymore. It's not worth it,” Caliendo said during a recent phone call occasioned by his Saturday performance at Atlantic City’s Borgata Hotel, Casino & Spa.

Caliendo gets that being a white man made up to look black can be construed as offensive — especially when those entertainers from the late 19th and early 20th century, whose makeup purposely played to certain physical stereotypes of African-Americans by accentuating the mouth and areas around the eyes – are recalled. But, he insisted, that was never his game plan.

“It all comes down to intent,” he reasoned. “If your intent is to degrade, it's absolutely wrong. But if you're tryin' to say, ‘Hey, we're all … people,’ then it's different. Does that mean you're not allowed to draw a person of a different [race] either? That's really what [a drawing] is, right? An impression in art.”

One person of color who has never had a beef with Caliendo’s take is Charles Barkley himself.

“Barkley's actually talked about it – I've been on the radio with him,” Caliendo said. “[He said] ‘There's a difference between racial and racist. That was racial because there's different races in it.’”

Besides, he added, Barkley has told him that “every time you do me, I make more money!”

As for everyone’s favorite subject of mimicry these days, Caliendo has been impersonating Trump for years. But, he insisted, no one should come to one of his gigs for political commentary.

“I'm not very political,” he admitted. “If people want to go see someone who is political … go see somebody who's great at it, like Bill Maher or Jon Stewart. I'm more silly.”

To illustrate his point, he gave an example of the kind of Trump-based riff with which he’s comfortable:

“He's the only guy who can describe a word with the same word,” Caliendo offered. “He'll say, ‘That's tremendously tremendous.’ You can't do that! You're using an adverb to describe an adjective. And it's the same word!

“I like to keep it silly because my audience is all over the place. There might be somebody who is to the [political] right, to the left, to the middle – I, myself, am probably closer to the middle.

“I'm not out there trying to teach anybody. If they're trying to learn politics from me, they should take a different class. I'm just out there to be silly. I'm not really teachin' about the world, I'm …helping you get away from it.”