‘Joke Man’ yuks it up in South Jersey this weekend 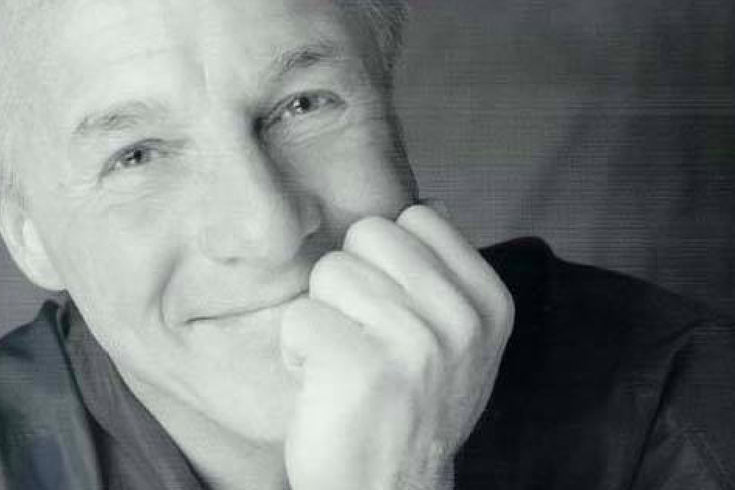 On Saturday, Jackie Martling will perform at The Vault, the intimate performance space in Berlin, N.J.

You can file under “Fake News” those internet reports that Howard Stern has it in for his former sidekick, Jackie “The Jokeman” Martling.

That’s the word from Martling, whose book, The Joke Man: Bow to Stern, is out this week. Word had circulated that Stern forbade anyone associated with him to cooperate with Martling while the latter was writing it.

“There's been so much crap on the internet. He might have [issued such warnings], but I don't believe he did that,” offered Martling during a recent phone call in which he beat the drum for both the book and his Oct. 28 performance at The Vault, the intimate performance space in Berlin, N.J.

“They've been putting stuff on…websites that are not even exaggerations, but downright blatant lies. And then they [publish] some quotes from the book [and] surmise things that just weren't true. And if you're reading the article, you don't realize that some things are from the book and some things aren't. So, there's stuff I never said. I never accused him of that, and I never heard that he did that.”

Another popular misconception, he added, is that he unsuccessfully recruited Stern lieutenants Robin Quivers, Fred Norris and Gary Dell’abate to write the book’s forward.

“That's a blatant lie,” he insisted. “The minute I knew I was gonna do this book, I asked [his Stern show successor Artie Lange] to do the forward. It's just that [some people] want to start trouble.”

According to the 70-year-old Long Island native, Stern had nothing to fear.

“The bottom line is it is not a tell-all, explosive book. There's some crazy stuff in there, and maybe Howard won't be thrilled with all of it, but there's nothing mean or mean-spirited.

“I'm getting emails from people saying, ‘How can you trash the show?' If anything, I brag about the show, and how glorious it was and how brilliant everybody is. You have to read the book to see it’s a love letter to comedy and radio. I had so much fun; I had such a lucky, lucky life.”

One subject the book addresses is Martling’s surprising exit from the show in 2001, after some 18 years, first as a once-a-week guest and then, from 1986 on, as a full-time writer-performer. While he admitted to the New York Post that money was involved, he insisted there were other mitigating issues.

There was “no cut-and-dried reason,” he explained. “There were a lot of different factors. I was so burnt out, and I thought I should be earning more money, and I said, ‘Well, if I can earn more money, I'll stay, and if I can't I won't.’

“I was totally fried. I knew I had to get divorced [from ex-wife Nancy Siriani]. I knew I had to quit drinking. But I'm such a major hypocrite because after a couple months, I called [Stern’s people] up and said, ‘Listen, if the job's still open, I'll take it,’ 'cause I felt terrible about breaking up the whole team. I really missed all the craziness.

“I have all the facts and figures and reasons in the book. So, people can read all the reasons…and they can still decide that I'm crazy. But at least you'll hear my point of view.”

And if somebody challenged me, I would be thrilled if I lost because then I'd get some new jokes out of it.”

Martling’s comedy stock-in-trade sets him apart from virtually all other standup artists working today (at least on a national level). His material isn’t observational, topical or self-revealing in nature. Instead, he spends his time onstage reciting actual jokes, most of which are filthy and/or politically incorrect but, far more often than not, undeniably hilarious. It’s something he’s been doing since elementary school.

Martling spoke of being in third grade when, one day, an older cousin (who was an eighth-grader) regaled Martling and some pals with a dirty poem.

“I looked around and everybody was enchanted,” he recalled. “From that moment on, I have remembered every dirty joke I've ever heard. I can't explain it. I'm sure there's more to it, but the nuts and bolts is my cousin read a dirty poem, I saw everybody thought it was cool, and I thought it was a good idea.”

For him to base his act on such material was, he suggested, a no-brainer.

“I thought everybody knew dirty jokes. It turns out that nobody knows 'em, and nobody can tell 'em, and that was my forte. I already knew all the jokes long before I became a comedian. I didn't learn jokes so I could do comedy.

“In the mid-'70s, I had a band and we told jokes. People used to come up to me at the bar and say, ‘I'll tell you a joke,’ and I'd say, ‘I'll count down from 10, and if I get to zero before I know the joke, I'll buy you a drink. I never bought a drink. [Jokes] are the only thing I know. And I know more than anybody in the world.

“And if somebody challenged me, I would be thrilled if I lost because then I'd get some new jokes out of it.”