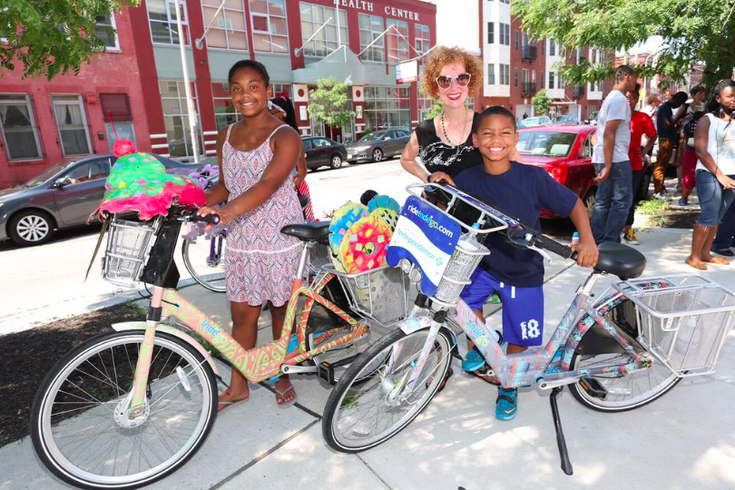 Art and biking come together for #ridingmurals project

It's not hard to find street art in Philadelphia.

Oftentimes, all you have to do is look up and you may spot one of the thousands of intricate murals painted on the sides of buildings sprinkled throughout the city.

Now, the city's Mural Arts Program is bringing public art even closer to residents and visitors - like, right under them.

Mural Arts has partnered with the Better Bike Share Partnership and Indego, the city's new bike share program that launched in April, to create a fleet of unique and colorful bikes inspired by the artwork of a group of city students.

The kids learned art techniques and created the colorful, patterned artwork, which was then turned into wraps and applied to the body of the bikes.

The bikes - 10 in all - hit the streets Monday, and the organizers are asking anyone who spots or rides one to snap a picture and tweet #ridingmurals.

Spotted on my way out of town, this freshly painted @rideindego (featuring the artist herself). #ridingmurals pic.twitter.com/eL5EqJLIEQ