Event will be held at Eakins Oval 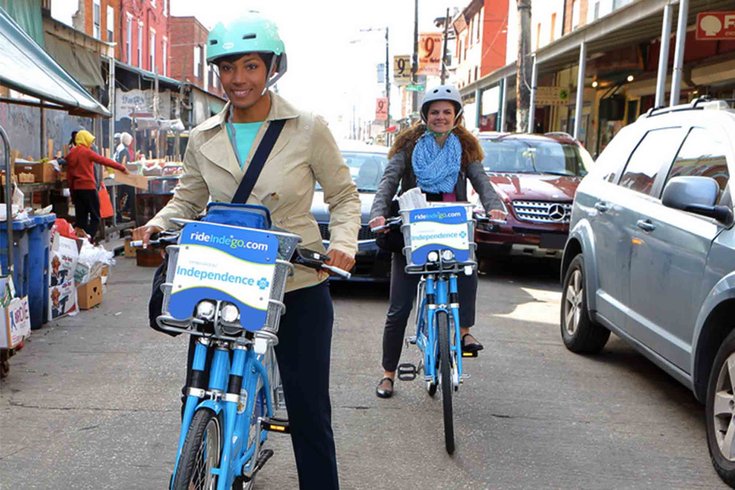 Read More
Cyclists, rejoice. A date has been set for the launch of Philadelphia's bike sharing program.
Mayor Michael Nutter announced Monday that the Indego bike share system will debut April 23 at Eakins Oval during a kickoff event. The launch party will feature, among other festivities, a ceremonial first ride for members who sign up for the program in advance.
So, how do you join? In order to become a member, go to Ride Indego's website, which can be found here. The 30-day membership costs $15 and provides those who sign up with unlimited one-hour rides. You can pay by credit card, which renews automatically but can be canceled at anytime. Or, if you want to pay by cash, you can sign up and be given a bar code that can be taken to participating 7-Eleven and Family Dollar stores that use PayNearMe.
For those not interested in the $15 deal, you can purchase a $10 membership, where each hour will cost you $4. Or, you can simply walk right up to a station and take out a bike, but each half hour will cost you $4.
The locations of the 70 docking stations can be seen on Ride Indego's interactive map. Here's a look at the locations at a glance: 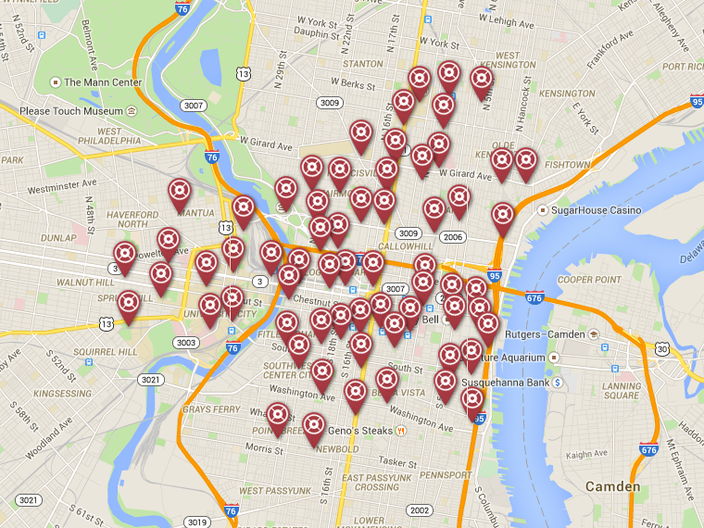 The Ride Indego program is being touted by officials for its affordability and accessibility:

"Philly will be the first U.S. city to launch its bike share with a cash payment option available to any resident, regardless of income"

In a press release, Andrew Stober, chief of staff in the Mayor’s Office of Transportation and Utilities, expressed excitement over the program's flexibility.

"Our pricing structure provides great value, puts customers in control of how much they spend, and is easy to understand. With options that allow members to take trips that last up to 60 minutes, we’ve made Indego a great option for getting around or just taking a ride to enjoy the city and get some exercise."

The program is being paid for by both the city, which is putting up $3 million for the bikes and stations, as well as federal and state money. The operating costs will be funded by the program's sponsor, Independence Blue Cross. Blue Cross members will be given a discounted membership option of $5 for their first 30 days. Also, there will be 12 days throughout the year where the first half-hour of your ride will cost just $1, starting with the May 15 "Bike to Work Day."

To show Philadelphians what the bikes and stations will look like, a preview event will be held from noon to 2 p.m. Thursday, April 2, at Paine Plaza across from City Hall. The rides will be on display and information about the program will be available.