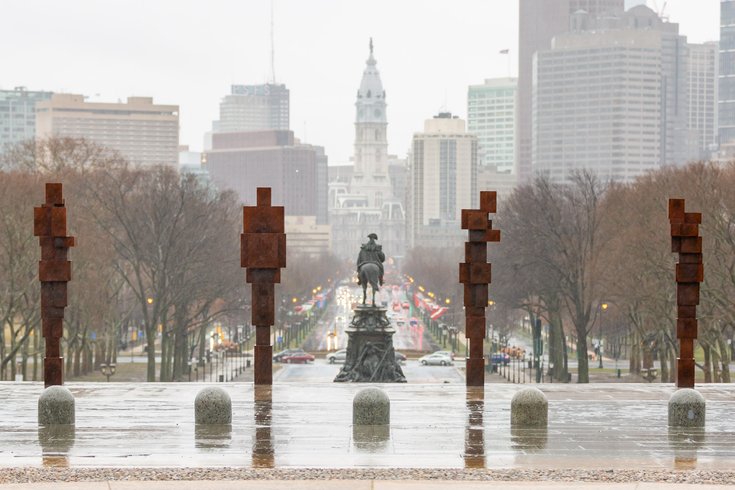 Look to the top of the Rocky Steps – or do your best Balboa impression and run up – and you'll now see ten cast-iron sculptures by British artist Sir Antony Gormley.

They're each 10-feet tall and weigh nearly 3 tons. Each was created from a "lived moment," according to Gormley.

"I use to be molded in the position I wanted the sculpture to be in, now I get scanned," he said at the installations' official unveiling Thursday. The figurative blocks sculptures, collectively called "Stand," are a temporary installment.

They will be at the museum's east terrace through June 16. This is the first time they've been publicly displayed. 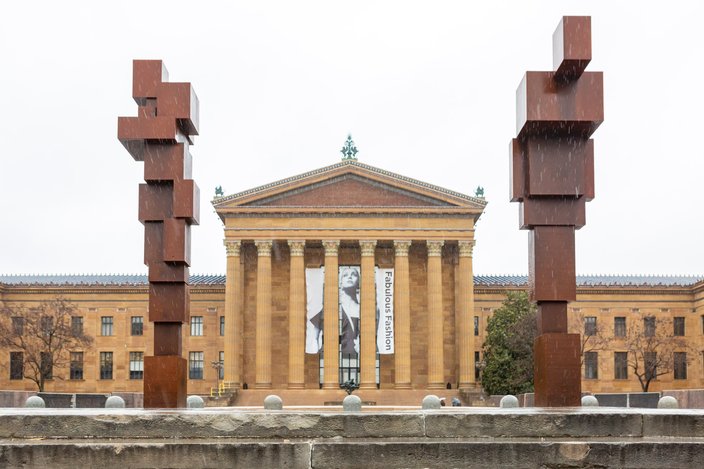 The installation by Sir Antony Gormley will be on display outside the Philadelphia Museum of Art from Thursday, Jan. 24, through Sunday, June 16.

Knowing their labels isn't so important, though. You may pause in front of "Ponder" and see how the word relates to the blocks form, or you may recognize a different attitude projected by the sculpture.

"Stand" could be a Rorschach test, according to Gormley.

"This is an exciting opportunity to see what sculpture can make us think and feel," stated a press release when the installation was first announced. 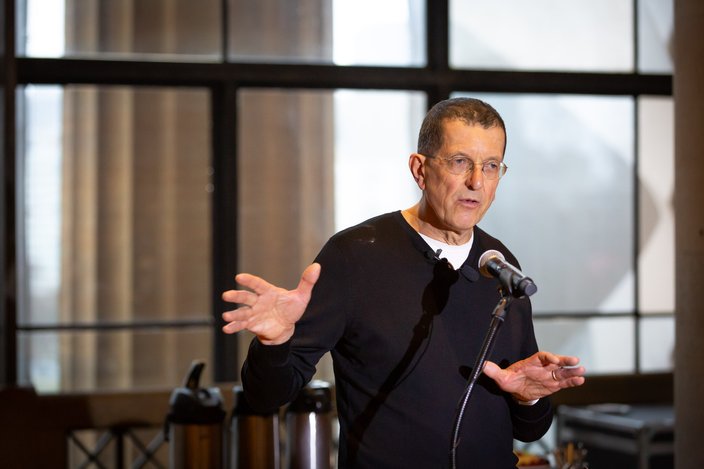 Artist Sir Antony Gormley spoke at the Philadelphia Museum of Art, Thursday, Jan. 24, 2019, during the opening of his installation, “Stand.”

Gormley visited the Philadelphia Museum of Art in 2013 to deliver a public lecture and was "taken by the aesthetic and social significance of its setting," according to the museum. He and museum director Timothy Rub then began discussing the possibility of an installation.

"Gormley is, simply put, an extraordinary artist whose work has reimagined social engagement, and extended and given new meaning to an age-old tradition – the representation of the human figure," said Rub.

Viewers are meant to walk around the sculptures and view them from different angles. Looking up at the block piles from the bottom of the steps may give a different impression than standing directly next to one. 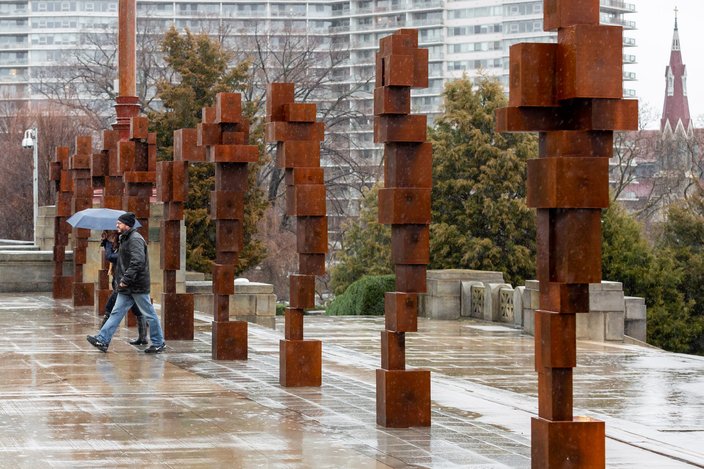 Each of the 10 cast-iron sculptutes installed at the top of the Philadelphia Museum of Art's iconic steps weigh about 3-tons each.

"I always thought the best thing was to make something and put it in the street and then watch what happens. The sculptures haven't been there very long and we're all watching, seeing what happens."

"I'm delighted my first major museum show in America for a decade and a half is happening outside an institution, but with an institution. I'm hoping that people will make this sculpture installation theirs and engage with it in some way."

Gormley also notes that while the cast-iron block piles are located in the same public space as the bronze Rocky, they're very different. One is sculpture, one is statue.

"There's something really wonderful about the image of what Rocky is, this example of self determination, somebody who succeeds against the odds."

The installation is open to your own interpretation.