Show will revisit case of Jeffrey Marsalis, who preyed on women via his Match.com profile 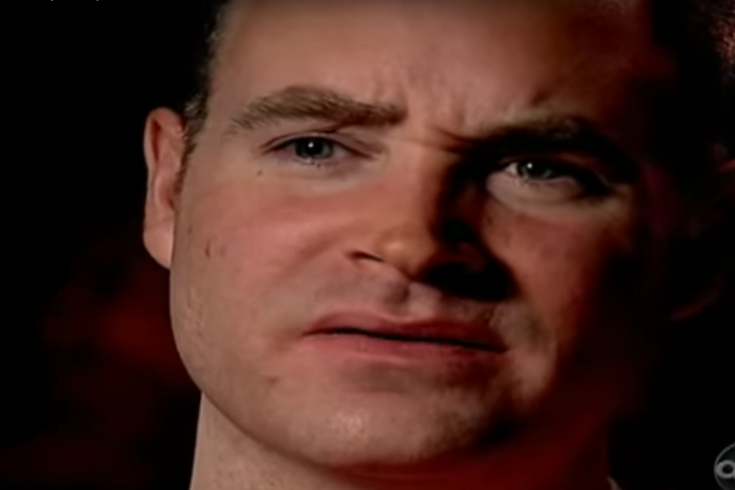 A serial sexual predator who preyed on women in Philadelphia, using his online dating profile and a fabricated life story, will be the subject of an upcoming true-crime television show episode.

Jeffrey Marsalis made national headlines in 2009 after his second sexual assault conviction. He first stood trial in 2006 accused by 10 women of sexual assault.

According to media reports, Marsalis used the moniker "Dr. Jeff" on Match.com to find his victims. He posed as a CIA agent whose cover was as a doctor (he was actually a nursing-school dropout).

Marsalis would take his victims on dates, charm them, regale the women with stories about his work in medicine and as a secret government agent before drugging and raping them.

A lengthy PhillyMag article from 2007 notes that although there were seven official victims in his Philadelphia case, and several others came forward with similar allegations, Marsalis ultimately only was convicted of two sexual assaults. Per that piece:

Despite the fact that they determined her allegations to be credible, her story wasn’t one of those presented during Jeffrey Marsalis’s second rape trial last June, which ended, after nearly four weeks of testimony, with him convicted of just two counts of sexual assault. He was acquitted of raping six of the seven alleged victims in the case (the jury hanged on a single rape charge) as well as impersonating a public servant, for allegedly convincing several women that he was a CIA assassin who spent time in caves in Afghanistan following September 11th and carried a CIA-issued pistol he’d nicknamed Priscilla and talked to in an Elvis voice. Instead, Rachael is one of a staggering number of Philadelphia-area women whom authorities believe Marsalis assaulted but whose alleged rapes he’s yet to be formally charged with, and probably never will be. The reason is contained within Rachael’s story: Many of the women — almost all of whom didn’t come forward on their own, but instead were contacted by authorities — had reengaged Marsalis after the fact or otherwise behaved toward him in ways that seem counterintuitive, badly damaging their credibility.

Marsalis was sentenced to 21 years in prison for the Philadelphia convictions, but he would go on a trial again and be given an additional life sentence in 2009 for the rape of a woman in Idaho.

His conviction is being revisited by Investigation Discovery's "Web of Lies." The show details noteworthy crimes with reenactments done by actors along with interviews of real people who were involved in the case.

Rovell, an attorney who was a law student at the time she met Marsalis, told ABC News in 2009 she initially thought the two were in a committed relationship when they started dating. But she eventually started to notice his "bizarre" behavior.

He'd threaten to kill her friends or family if she tried to leave the relationship, and he'd just disappear for long periods of time. She told ABC that as the relationship got worse, she kept thinking back to their second date, a night that hung over her like a dark cloud:

"So he came to my apartment, um, and we got the Chinese, we started watching the movie, I opened a bottle of wine. Um, and I remember kissing him in my kitchen after having had ... I think probably about the entire bottle of wine between the two of us. And that's the last thing that I remember before ... And the next morning I just woke up not feeling very well.

"I could physically feel that [sexual intercourse] had happened, but I didn't remember a moment of it."

Rovell found it strange that she'd blacked out from a relatively small amount of alcohol. But the next morning, she said, Marsalis acted like everything was fine.

"Oh, what a great night we had last night. How fantastic it was," she recalled him saying. "What a great experience it had been."

Rovell would eventually get a restraining order. Soon after she did, Rovell talked to SVU investigators and found out she was one of many women who had similar stories about Marsalis. Those women came forward to authorities, eventually leading to his criminal trial.

The "Web of Lies" episode on Marsalis will air Tuesday, March 21 at 9 p.m. You can find the Investigation Discovery channel on your local provider by clicking here.