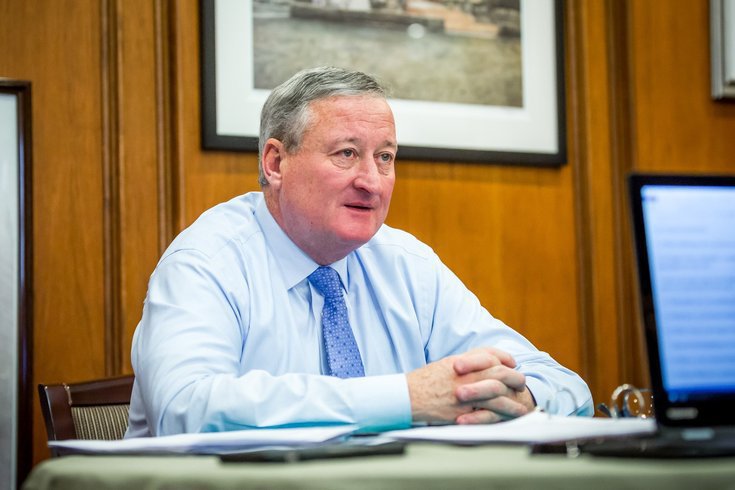 Mayor Jim Kenney and the city of Philadelphia were sued by a group of Italian-American organizations for changing the name of Columbus Day to Indigenous Peoples' Day in the city.

A group of Italian-American organizations are suing the city of Philadelphia after Mayor Jim Kenney swapped the city holiday Columbus Day for Indigenous Peoples' Day earlier this year.

The suit, filed in U.S. District Court by The Conference of Presidents of Major Italian American Organizations Inc., City Councilmember Mark Squilla, and a few others, cites the "continued, unrelenting and intentionally discriminatory acts" taken by the city and Kenney against its Italian-American citizens as reason for bringing legal action.

The acts listed in the lawsuit include removing the statue of Frank Rizzo from its place of prominence across from City Hall, covering up South Philly's monument to Christopher Columbus and changing his namesake holiday to Indigenous People's Day earlier this year.

"This lawsuit is a patently meritless political ploy and will waste precious resources at a time when we are trying to both deal with a devastating pandemic and work to build a safer and more equitable City for all residents," Mayor Kenney said in an emailed statement to PhillyVoice. "Given this is pending litigation, I am not able to comment further about it at this time."

Columbus Day celebrations have been recorded as far back as the late 1700s, though it was officially made a federal holiday in 1934. So far, 14 states across the country have made the switch to Indigenous Peoples' Day.

The lawsuit states that Columbus Day was first recognized in part to combat the discrimination Italian-Americans faced hundreds of years ago. It also says Italian-Americans are a protected class and that Kenney's proclamation to change the name of Columbus Day to Indigenous People's Day violates the Equal Protection Clause of the U.S. Constitution.

"This lawsuit is specifically intended to put a constitutional check on a mayor overwhelmed with racial stereotypes and intoxicated by his misperceived authority," attorney George Bochetto said in an email to PhillyVoice. "Today he rails against Italian-Americans. Tomorrow, who knows which group he will attack. This is not how the framers of the Constitution established our government."

The suit also alleges that Kenney's proclamation follows a history of discriminatory actions by the city, spotlighting a speech he made in 2016 about immigration. In pushing for Philadelphia to remain a sanctuary city, the mayor said, "if this were Cousin Emilio or Cousin Guido, we wouldn't have this problem because they're white."

More recently, it states that Philadelphia discriminated against Italian-Americans by not including the 19148 zip code among the list of prioritized areas to receive the COVID-19 vaccine, though no evidence was provided in support of this claim. Local health officials said they prioritized certain locations for the shot based on lowest vaccination rates.