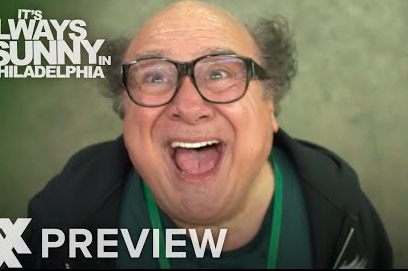 The Gang heads to Minneapolis to see the Eagles win Super Bowl LII.

Fans who tuned in for last week's episode of "It's Always Sunny in Philadelphia" were left with a cliffhanger.

In part one of the Super Bowl special, Charlie, who got left behind in Philly as The Gang traveled to Minneapolis, made a mess of Paddy's Pub in an effort to defend it. His "Home Alone"-style booby traps ended up severely injuring him as cardboard cutouts of Jason Kelce and Beau Allen turned into encouraging hallucinations.

What we didn't get to see was Mac, Dee and Frank's trip to Minneapolis (this is one of the episodes that omitted Dennis). Based on a trailer for Wednesday night's episode, it's questionable whether they ever made it there.

If Charlie doesn't bleed to death, there's a good chance they'll come back with a disturbing story to tell him.

The entire special seems to make fun of the idea that every action of every superstitious fan has a direct impact on the outcome of every Eagles game. If they win, it becomes a self-fulfilling prophecy, but if they lose it's because one fan's botched ritual blew it.

Check out part two of the Super Bowl special tonight at 10 p.m. on FXX.