Jeff Garlin leaves 'The Goldbergs' amid complaints about inappropriate behavior

Details have emerged about a handful of incidents on set, which the comedian chalked up to misunderstandings 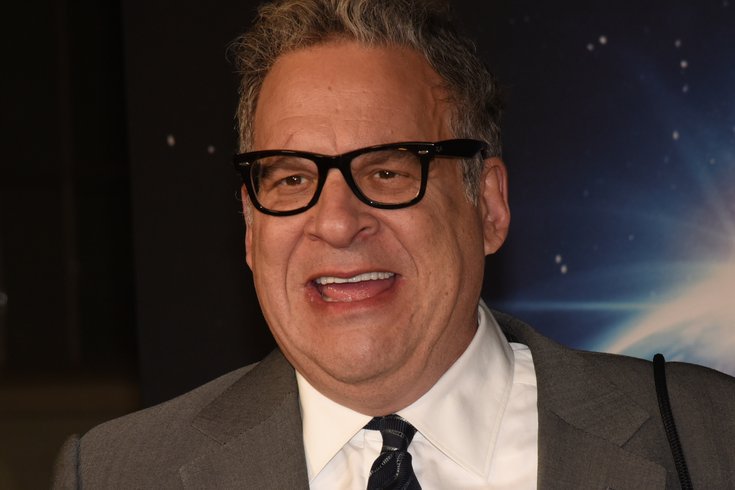 Jeff Garlin will no longer be on ABC's "The Goldbergs," ending a run of nine seasons. The comedian agreed to leave the sitcom after persistent complaints of inappropriate behavior on the show's set, which he has disputed and attributed to differences in sense of humor among his former colleagues.

Comedian Jeff Garlin has walked away from the long-running ABC sitcom "The Goldbergs" after nine seasons, citing a mutual decision that followed a series of human resources investigations into complaints about his conduct on the show's set.

Garlin, 59, has been a star on the 1980s-themed comedy since its debut in 2013, playing the head of a suburban Philadelphia household based on the upbringing of series creator Adam F. Goldberg. The show's ninth season premiered in September, but Garlin reportedly was played by a stand-in during recent episodes, according to anonymous sources who spoke to Deadline.

“He is extremely verbally and emotionally abusive,” a Goldbergs employee told Deadline

Garlin’s go-to jokes that a number of people on the show found offensive were talking about grandma’s vagina, balls and brassier, a co-worker said

Some of the allegations against Garlin were detailed Thursday by Deadline, which quoted at least one source on the show who described the actor as "extremely verbally and emotionally abusive."

Earlier this month, Garlin addressed the complaints about him in a lengthy interview with Vanity Fair. He admitted to using coarse language and telling jokes that may have been uncomfortable for some members of the show's cast and crew. He said he'd been confronted about these issues in the past.

Garlin insisted, however, that the problems were a matter of comedic taste and interpretation.

"It's always the same thing. It's about me and my silliness on set. They don't think it's appropriate. I do," Garlin told Vanity Fair.

Deadline's reporting paints a more questionable picture of some of the alleged incidents.

Garlin had admitted to Vanity Fair that he frequently threw around the word "vagina" as a joke on set. According to Deadline, when a crew member complained about it, he allegedly hugged her said the word repeatedly:

According to a source on the show, a camera assistant made a complaint to her department head about Garlin's use of the word. After the actor found out, he reportedly put his hands around her and kept saying "vagina" in her face over and over again. Overall, Garlin's go-to jokes that a number of people on the show found offensive were talking about grandma's vagina, balls and brassier, a co-worker said. Additionally, he would not address some longtime female crew members by name, using instead nicknames that some also considered offensive.

In his interview with Vanity Fair, Garlin said his conduct on "The Goldbergs" set was no different from what he'd do on the set of HBO's "Curb Your Enthusiasm," where he's a co-executive producer with Larry David. HBO has much more latitude for including crude and off-color comedy in its shows, and Garlin seemed to imply that this was reflected in the culture on the set of "Curb." He claimed his colleagues would worry about him if he wasn't telling inappropriate jokes.

In another complaint described to Deadline, Garlin allegedly was unprofessional toward two long-time stand-ins on the show, a married couple who are beloved by the cast and crew. A witness said Garlin lashed out at the wife for getting in his way during one incident:

According to an eyewitness of the incident, Garlin did not appear to be joking as he walked behind the female stand-in. "He screamed at her, 'Why are you always in my way? Get the f*ck out of my way' as she was walking down the ramp on the set after they had done blocking for a scene. She was confused and looked around." Garlin then turned to the woman's husband, saying, "Tell your wife to get the f*** out of my way."

Garlin had told Vanity Fair that he was close to the couple and that the incident — not known at the time of the interview — simply boiled down to a misunderstood joke.

Since that particular incident occurred, Garlin reportedly was not on set very often and had planned to film for his last day earlier this week. A stand-in reportedly played his part for him, with Garlin's face later to be super-imposed with CGI in post-production.

ABC and Sony Pictures Television have not commented on Garlin's departure. HBO also has not commented on whether the complaints will impact Garlin's role on "Curb Your Enthusiasm," which is nearing the end of its 11th season.

It's not yet known whether "The Goldbergs" will return for a 10th season, but Deadline reported that the series has received an order for four additional episodes to complete the ninth season, bringing the total to 22.