In an interview with Vanity Fair, the 'Curb Your Enthusiasm' actor addressed complaints about his conduct 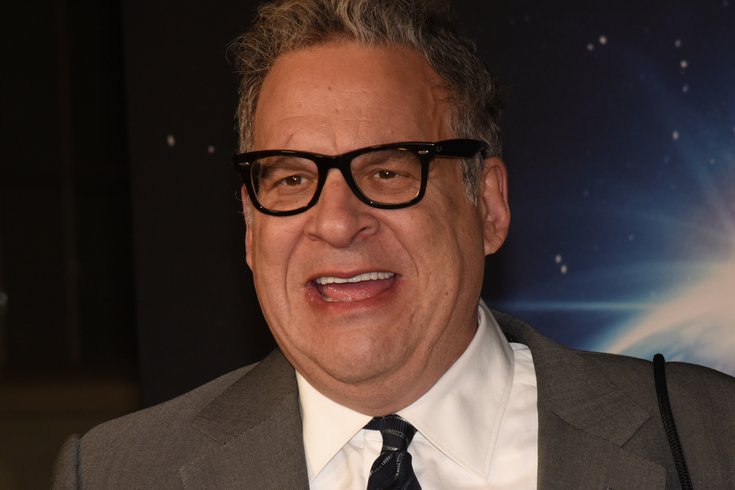 Jeff Garlin has major roles in ABC's 'The Goldbergs' and HBO's 'Curb Your Enthusiasm.' The actor and comedian pushed back against allegations of misconduct on the set of 'The Goldbergs,' which may be ending after a run of nine seasons beginning in 2013.

Actor and comedian Jeff Garlin has been a mainstay on two of the most enduring TV comedies of the last 20 years, playing central roles on ABC's "The Goldbergs" and HBO's "Curb Your Enthusiasm," along with a long list of credits in other popular TV and film projects.

Garlin, 59, admitted in 2019 that he was nearly fired from "The Goldbergs" after using inappropriate language on the set of the show, in which he plays Murray Goldberg, the head of a 1980s-era household in the Philadelphia suburb Jenkintown.

Rumblings of ongoing discontent have resurfaced again as the sitcom appears to be winding down to an end after nine seasons.

Garlin spoke with Vanity Fair reporter Maureen Ryan to address the atmosphere surrounding "The Goldbergs" and a set of accusations against him that the publication has received from three former employees on the show. The accusations have not been described in detail and Vanity Fair declined to publish them before Garlin was given an opportunity to address his alleged misconduct.

The overall sentiment of the complaints seems to be that Garlin allegedly created an environment in which some women felt demeaned by comments and displays of physical affection Garlin showed on "The Goldbergs" set.

Garlin told Vanity Fair that he has been investigated by human resources for the show in each of the last three years, including an alleged incident involving a male stand-in on set, but the actor denied that he has been disciplined and defended his general behavior as part of his process as a comedian.

"It’s always the same thing. It’s about me and my silliness on set. They don’t think it’s appropriate. I do," Garlin said. "That’s where we’re at. I’ve not been fired because of it. We just think differently. Now when I’m at 'Curb Your Enthusiasm,' for example, if I’m not doing the things that we’re talking about, Larry David — or a cameraman, the producer, who’s a woman — lots of people come up to me and ask me if I’m okay. I need to do what I need to do to keep my energy up and do what I do."

Garlin also said that while he's known for hugging people, he was never aware that anybody felt uncomfortable with his hugs and "would have respected the f*** out of" anyone who asked him to refrain from giving hugs.

In one complaint received by Vanity Fair, a woman claimed that Garlin suggested she come to a table read wearing nothing but panties. Garlin denied that this ever occurred, but did acknowledge that he would often using language on set that referenced female body parts.

"So when we say body parts, I’m going to go on record [with] this: the only word that I use, in terms of consistently, is when I stand up, I sometimes say — most of the time and I have for a hundred years, that doesn’t make it OK — I would go, 'Oh, my vagina,'" Garlin said. "And that’s just me being, in my eyes, silly. How that could make for an unsafe workplace, where if someone has a real vagina problem or someone says, 'I have cervical cancer' or something, I’m not going to mention that anymore."

Garlin conceded that he can be "a loose cannon" on set and expressed his willingness to make adjustments to his behavior, but said he disagrees with the suggestion that he's been disrespectful to people on the set of "The Goldbergs."

Alongside "Curb Your Enthusiasm" co-executive producer Larry David, Garlin is in the midst of the 11th season of their HBO series. The network did not respond to Vanity Fair's request for comment about the allegations against Garlin.

Ironically, in the 10th season of "Curb," the series poked fun at Garlin's resemblance to disgraced Hollywood producer Harvey Weinstein, who is in prison after being convicted of sexual assault amid a mountain of allegations from women who said he mistreated and abused them over the years.

"The Goldbergs" is distributed by Sony Pictures Television, which provided a statement to Vanity Fair.

“The well-being of our cast and crew is of utmost importance to us," the company said. "This is an employment matter and it is being addressed by HR and production.”

Garlin explained that the accusations have left him uneasy, despite his conviction that his behavior is a reflection of his comedy style and never meant to harm others.

"I look at my job as — now, I get other things out of it, don’t get me wrong — but my job is to ease people’s pain. That’s truly my job. And the idea that I would bring anybody pain makes me terribly sad, terribly sad."