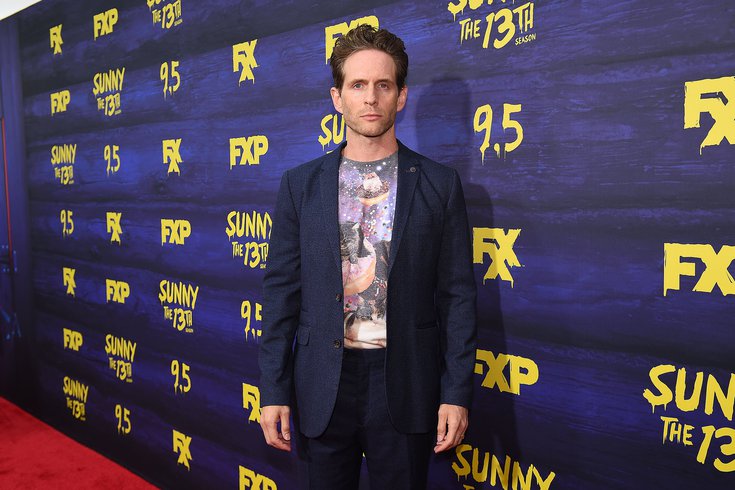 Glenn Howerton said that Philly is 'the only place in the world that I kinda can't go and just walk around like a normal human being' due to the popularity of 'It's Always Sunny in Philadelphia.'

The Gang finally made its long-awaited return Wednesday night when the 15th season of "It's Always Sunny in Philadelphia" debuted on FXX, cementing it as the longest-running live-action comedy series in American television history.

During an appearance Thursday night on "The Late Late Show with James Corden," Glenn Howerton said that it took him until after the show's fourth season to realize the popularity of the sitcom.

The cast was asked by a friend of theirs from Philly who was performing at the Troubadour nightclub in Los Angeles to come on stage and sing some songs, Howerton said.

However, the club instead billed the two-night event in 2009 as "It's Always Sunny in Philadelphia: The Nightman Cometh Live," and tickets immediately sold out, according to Howerton. It was then that the actor knew "It's Always Sunny" was a success.

"Prior to that, like honestly our ratings weren't great and we were just kind of like, 'I don't know, is anybody watching this show? Are we just doing this for ourselves?' We did the Troubadour, and everybody in the audience in both shows was singing along with every single song," Howerton told Corden. "They knew every lyric to every song."

"The Nightman Cometh" is the iconic musical written by the character Charlie Kelly and performed by The Gang during the show's season four finale in 2008. The rock opera episode spawned a live tour in 2009 that featured performances in Philly, New York City, Boston, Los Angeles, San Francisco and Seattle.

Now, with at least three more seasons of "It's Always Sunny" still to come, Howerton said that he can't walk around Philly without being mobbed by a group of fans.

"It's the only place in the world that I kinda can't go and just walk around like a normal human being," Howerton said. "Scattered in every city is like a grouping of fans of the show, but I never have the experience of being Harry Styles or Leonardo DiCaprio. But if I go to Philly, if I want to know what that feels like, I just go to Philly and walk around by myself. It's crazy."

Howerton also said that the same rules apply to bars, especially Irish pubs. He explained a scenario when he and his fellow cast members once decided to go to an Irish pub in New York City while promoting the show.

"Within 45 minutes, we had to get out of there because I couldn't breathe," Howerton said. "But it's a weird thing too because it's not my experience in the normal world. It's just certain places like Philly and bars."

The 15th season of "It's Always Sunny in Philadelphia" debuted with a bang Wednesday night.

The first episode, titled "2020: A Year in Review," centered around how the Gang obtained Paycheck Protection Program loans for three business ventures. The episode mocked Rudy Giuliani's infamous press conference at Four Seasons Total Landscaping last year and included a satirical debate over whether Donovan McNabb or Rocky Balboa was a better athlete.

Future episodes this season will show The Gang going on a shenanigan-filled adventure to Ireland.

Howerton, Rob McElhenney and Charlie Day spent much of the COVID-19 pandemic writing scripts for the new season.

Howerton didn't serve as a writer during the previous two, but he said that helped him feel more fresh when writing episodes for the new one.

He set the bar high for this season when he proclaimed in September that it is "probably going to be our best in many years."

The first two episodes of the new season, as well as the entire "It's Always Sunny" catalog, can be streamed on Hulu. New episodes are available to stream the day after they premiere on FXX.