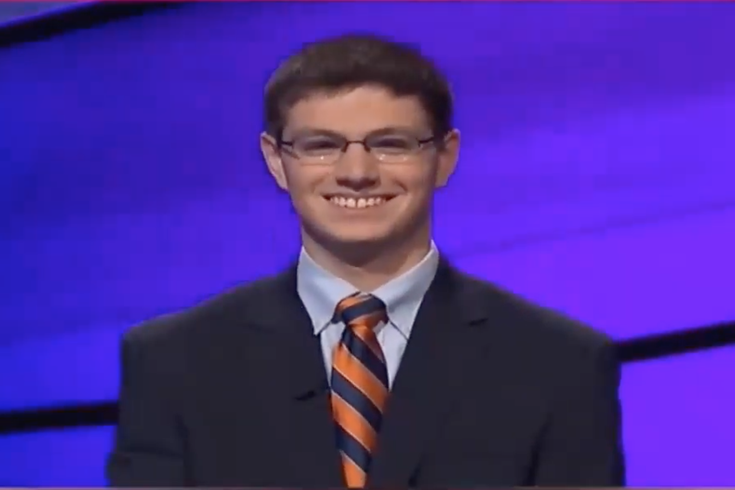 The Bold and the Beautiful/YouTube

The popular quiz show "Jeopardy!" attracts such a wide and diverse cast of participants that it's not often you look up at the screen during an episode and see someone competing who lives where you do.

But for Ryan Bilger, a 22-year-old Macungie native, his desire to represent Emmaus High School and the Lehigh Valley is going pretty well so far.

Bilger put together a two-day streak at the end of the holiday week, winning two games and piling up $63,849 in prize money on July 4 and July 5. Bilger will be back on the air for the show's July 8 episode, where he'll look to match the three-day streak from recent champion Emma Boettcher, the Chester County native who ended James Holzhauer's legendary streak earlier this year.

Bilger competed in the Greater Pennsylvania Quiz Bowl during three of his four years at Emmaus, and had tried out for "Jeopardy!" more than once, according to The Stinger, including an attempt at the college tournament in 2017, and a tryout in Philadelphia for the classic edition of the show.

Currently in between graduating from Gettysburg College and beginning pursuing his graduate degree at West Virginia University, Bilger is putting the summer to good use.

You can watch Bilger's most recent "Jeopardy!" performance here:

According to one numbers-inclined "Jeopardy!" fan, Bilger had a 51.84% chance of winning at least six games in a row before his Friday victory:

Whether he has a James Holzhauer-style run in him is unclear, but after another strong win, those odds are probably even higher now.