The company previously offered service to Atlantic City. But now riders can travel to several other beach towns 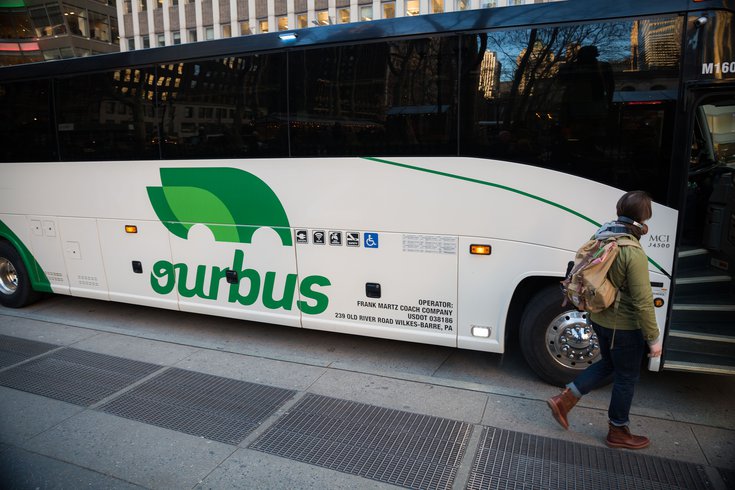 OurBus will debut its new end-of-the-week service between the Philadelphia region and Jersey Shore destinations like Wildwood, Sea Isle City and Ocean City on Thursday.

On Thursday, the intercity bus company is debuting end-of-the-week routes that will serve King of Prussia, the Philadelphia International Airport and NRG Station in South Philly before arriving at the Frank Sinatra Service Center in Galloway, New Jersey. Other routes from Washington, D.C. and Wilmington, Delaware will also pass through South Philly on their way to the Jersey Shore.

From Galloway, passengers will transfer to separate vehicles depending on their final destinations along the Jersey Shore. Those going to Absecon, Ventor and Margate will get in an SUV or van. Those on their way to Ocean City, Sea Isle City and Wildwood will take a shuttle bus to their final destinations. Most of the drop-off locations will be located near the beach in town centers.

The eastbound buses will be available Thursday through Sunday, according to the OurBus website. The westbound return service will only run on Sundays.

The length of each trip will vary, but the schedule for Thursday says the ride from King of Prussia to Margate will take about 3 1/2 hours. The trip from NRG Station will take about 2 hours.

Ticket prices also will vary. Some trips starting in King of Prussia or Philadelphia may cost $25 or less, but others go for as much as $70.

This is not the only way to travel from the Philly region to the Jersey Shore without hopping in a car.

OurBus is debuting its new Jersey Shore routes just weeks after it added service between Pittsburgh and New York City which includes stops in Philadelphia, Harrisburg and Breezewood.

The company was created in 2016. OurBus offers over 100 routes, mostly in the Northeast, but it also has service in Florida, Texas and elsewhere in the U.S.