Jim Rosenfield is leaving NBC10 after nine years with the station

The New York-native plans to pursue opportunities closer to home, NBC10 says; his last day will be Dec. 23 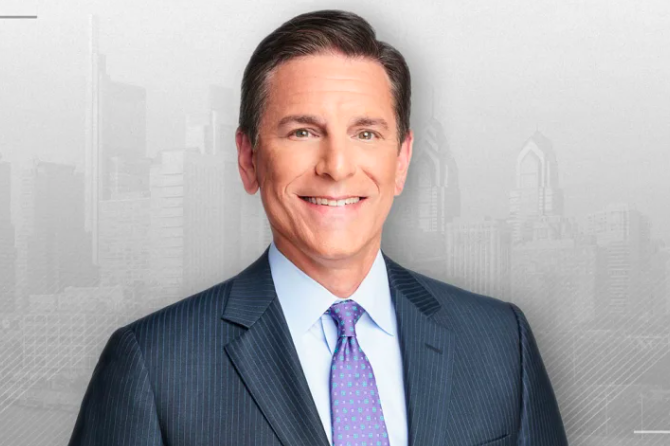 After nine years with the station, NBC10 anchor Jim Rosenfield will be leaving at the end of the month to pursue other opportunities.

After nine years in Philadelphia, NBC10 anchor Jim Rosenfield will be leaving the station at the end of the month.

Rosenfield, who co-anchors the weekday 6 p.m. and 11 p.m. newscasts, is pursuing new opportunities "closer to home," NBC10 announced Wednesday night. His last day on air will be Friday, Dec. 23.

"New York is calling me home. After nine years at NBC10, I am excited to explore new opportunities and return to the place where I grew up, and where my family looks forward to having me around the corner," Rosenfield said in a statement.

During his time with NBC10, the 63-year-old New York native has covered news across the region and abroad. Memorably, he traveled to Buenos Aires, Argentina to gather stories for a special broadcast about Pope Francis. He also reported from hurricane-ravaged Puerto Rico, covered the Middle East during conflicts between the Israelis and Palestinians in Gaza and reported live from Paris within 24 hours of the terror attacks in 2015.

Locally, he has moderated key local political debates — with some unexpected moments like when Lynne Abraham collapsed during a 2015 Philly mayoral debate — and co-hosted NBC10's annual coverage of the Blue Cross Broad Street Run.

He knows what it’s like to be on a @Phillies World Series run! Thanks for stopping by @NBCPhiladelphia here in S Philly @ColeHamels @jackielondon #RingTheBell #WorldSeries pic.twitter.com/3kmDpG4Z9y

Rosenfield has spent more than 30 years in broadcast journalism. He previously worked at stations in Washington, D.C., New York City, Chicago and Houston. He graduated from Duke University, earning a B.A. in English, and started reporting while still a student at WTVD in Raleigh-Durham, North Carolina.

He's earned half dozen Mid-Atlantic Emmy Awards during his time in Philadelphia, including for "Best Anchor" in the region.

"We thank Jim for his contributions over the years to our team and his service to the community. We wish him the very best in his new chapter," said Ric Harris, president and general manager of NBC10 and Telemundo62.