John Cusack on 'Say Anything…', its anniversary, and boombox serenades

Prior to his recent social media controversy, the actor discussed his career and beloved 1989 movie. 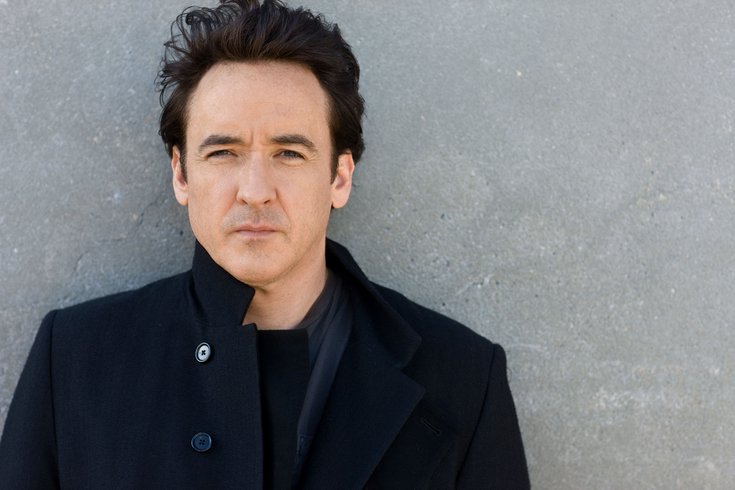 Courtesy of The Kimmel Center/for PhillyVoice

John Cusack has been acting for nearly 40 years, starring in such notable films as "Better Off Dead," "Eight Men Out," "Grosse Point Blank," "Con Air," "High Fidelity," and "Being John Malkovich."

But the actor's most beloved role is probably that of Lloyd Dobler, the underachieving teenage romantic in 1989's "Say Anything…," which was written and directed by Cameron Crowe.

That film celebrates its 30th anniversary this year, and on Saturday at 7:30 p.m., the film will be screened at the Academy of Music, with Cusack in attendance for a discussion and Q&A afterward.

PhillyVoice spoke with Cusack earlier this month about the movie, the tour, his career, and whether he knows of anyone who has ever tried holding up a boom box outside a girl's house at night.

A staunch liberal and vocal Bernie Sanders booster, Cusack recently visited Washington and met with members of Congress, even sitting in on a public reading of the Mueller Report. He has occasionally made news in recent years for incendiary social media posts about political matters. That social media style got Cusack in some trouble this week, when the actor retweeted a tweet, which included a Jewish star and the phrase "follow the money," which was widely interpreted as anti-Semitic.

After first blaming a bot for the tweet, Cusack apologized, and said in a statement that the material that "I shared does not now, nor has it ever, represented my views in any shape or form." PhillyVoice's interview with Cusack was held two weeks ago, prior to the Twitter controversy.

Cusack said he's been impressed with the questions he's gotten about "Say Anything..." from generations of fans. In the movie, which was made when he was just 22, Cusack plays Dobler, a young dreamer who's adamant that he won't wish to "sell anything bought or processed, or buy anything sold or processed, or process anything sold, bought, or processed." In love with Diane Court (Ione Skye), he loses her and tries to get her back, famously, by holding a boom box high above his head as it plays the Peter Gabriel song "In Your Eyes."

Author Chuck Klosterman, in his 2004 book "Sex, Drugs and Cocoa Puffs," wrote about the place the Lloyd Dobler character held in the hearts of a generation of women, against whom regular, nonfictional men could never measure up.

It's apparently a real-life phenomenon, as Cusack said of a question he got on the tour: "A guy told me the other day, 'my wife divorced me because I wasn't you,' to audible gasps from the audience. And I want to thank you from the bottom of my heart."

However, the 52-year-old actor said he hasn't been approached on the tour about anyone actually trying the holding-a-boom-box-outside-a-girl's-window trick in real life. Complex, in 2011, included the scene on a list of "10 Romantic Gestures From Movies You Should Never Try In Real Life."

John Mahoney, best known as Martin Crane on "Frasier," played Diane Court's father in "Say Anything..." He passed away last year, and Cusack had fond reflections on his fellow Chicagoan.

"I worked with him on "Eight Men Out," and [that's] when I first got to know him and hang out with him. He was just always a consummate pro and beautiful guy in every way. Just a fantastic actor."

"People ask questions, and I'm always sort of surprised, because people have very specific questions, and they go from the sublime to the ridiculous," he said of the Q&As on the tour.

"Say Anything…" never got a sequel or reboot, although in 2014, NBC announced plans for a TV series adaptation. However, both Crowe and Cusack instantly declared that they both had nothing to do with the TV series and opposed its existence, and the idea was soon called off.

"Just the same old Hollywood B.S. where they were gonna try to do a reboot and Cameron and I got together and said that would suck," the actor said of the attempted remake.

Coming up next for the actor, he said, is "Utopia," an upcoming Amazon series created by Gillian Flynn, the author of "Gone Girl."

Cusack has filmed just one movie in Philadelphia, 1993's "Money For Nothing," in which he played an unemployed longshoreman who finds a bag of money.

The film was based on the true story of a Philadelphia man named Joey Coyle who did just that, and was adapted from a newspaper article by noted local author Mark Bowden. Several actors who would later become much famous, including James Gandolfini, Philip Seymour Hoffman and Benicio Del Toro, had small roles in the film.

The John Cusack: Say Anything event, presented by the Kimmel Center, will take place June 22 at 7:30 p.m. at the Academy of Music. Tickets are available here.