The son of 'The Teflon Don' says the movie was gypped of its original budget, yet he is thrilled with the star performance 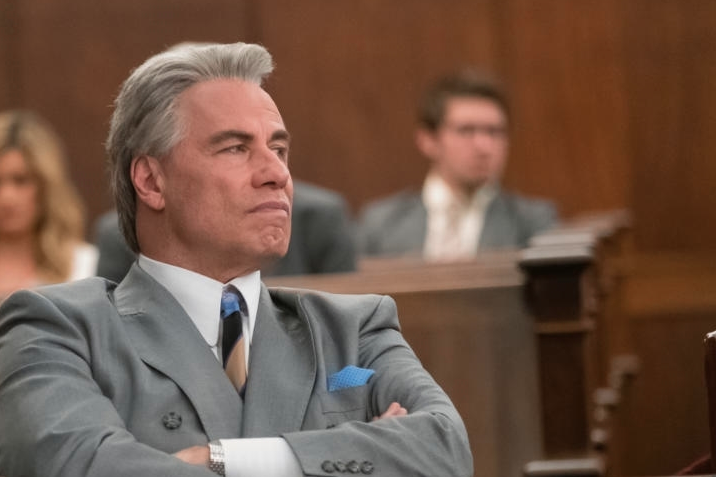 When you’re the son of “The Teflon Don,” and you share his name, attention follows you.

John Gotti Jr. has been sought out for numerous movie and television appearances over the years, and today, the eponymous film starring John Travolta as the senior Gotti hits theaters.

Utilizing a combination of cunning, guile, street smarts and ruthless determination, Gotti quickly scales the ranks to position himself as the Capo or “captain” of the New York mafia, proving himself to be a lucrative earner, all under the guise of being a blue-collar construction worker.

“I would watch John walk out and he would be on this tightrope without a net and go out and nail it – get it right the first time."

While Gotti Jr. has been publicized in the New York Post as saying that Travolta didn't "have my dad's swagger," he had nothing but praise for the actor, who was reportedly working with a director who had a budget of just under $10 million.

“Unless you spent a lot of time around my father…the way he would purse his lips, and certain things he would do that unless you were around him all the time, there were certain mannerisms and gestures he would make that you just couldn’t get. I will tell you this, though, there were several people, so far, who have played my father. The most prominent has been Armand Assante. He did a magnificent job, but John [Travolta] did better.”

While Gotti Jr. said he was impressed with Travolta’s performance, he admitted he felt cheated by the amount of time producers put into the film.

“I don’t believe [Travolta] was afforded the possibility, like many of his peers, like many of these actors, to shoot the scene nine or 10 times until they get it right,” he said.

“This was a much smaller budget that some of these movies like ‘Black Mass’ and 'Goodfellas’ and similar types of movies. So, John was really one of those guys who was forced to act his heart out. He was a natural.”

Of being sought out by the Gotti family to play the real man behind the moniker, "The Dapper Don," Travolta said in press production notes:

"That they had the confidence that I could play their dad and husband, and that gave me a bit of inspiration to say, 'Let me see what I can do with this,' and see if I could portray it in a way that they would feel was accurate, and that's a challenge," he said.

"There's a lot of detail to his character – his style, his cadence, his way of thinking, all of those things that are the joy of acting, so they're giving me a role that's asking a lot, and that's a beautiful challenge." 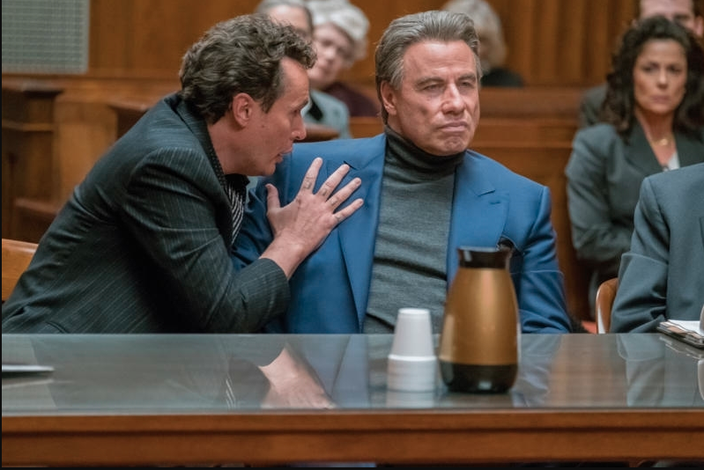 “Gotti” is the true story of John V. Gotti's rise to power to take the mantle of boss of the Gambino crime family and become the most dangerous criminal in modern history.

As for who played Gotti Jr., the Canadian actor Spencer Lofranco enters with charm and...a Canadian accent. Gotti Jr. described him as “a handsome boy,” and “well-built,” but looking nothing like him.

He again lamented the tight budget and time crunch moviemakers were under.

Asked what it was like growing up in the Howard Beach section of Queens, New York City, Gotti Jr. said he knew at an early age something about his father was "different."

“From the time I was 13, my father already had nine years in, so we were constantly visiting prisons,” he said.

“My dad would always tell us he was doing construction. He had to build a wall…Uncle Frankie was there. Uncle Angelo was there. Uncle Mickey Boy was there. They were all part of this construction business. All the guys I knew from the streets called ‘Uncle’ – they were there. So, they were all part of this construction crew, my father would say, and they had to build this wall. Therefore, they can’t go home, but they’re getting it done. They’re way ahead of schedule, and they’d be home soon, and so on and so forth.

It was when Gotti Jr. began to reach his teenage years that he started to observe what was going on around him. He began spending time in and around the Bergin Hunt and Fish Club, which served as the Gambino crime family’s hangout and headquarters in Ozone Park, Queens in the 1970s and 80s.

“You see the mannerisms of these individuals and you know, for sure, these people certainly are different,” said Gotti Jr.

“It’s the middle of the day, these guys are hanging out at the social club. They certainly aren’t carrying a lunch pail going to the factory, and you see the way they carry themselves, and you see the fancy cars. There’s a total attraction there. Although my father never had a discussion with me as a kid – ‘Hey, this is what I am’ – you pretty much know.”

In the media, the senior Gotti was captured in photos numerous times wearing colorful Leonard neckties. Gotti Jr. said his father developed an affinity for these ties (along with matching handkerchiefs) after Philly mafia crime boss Nicky Scarfo sent his father a box set of six as a gift.

Another Philly connection, Gotti Jr. said, is Tony Luke, who has been a longtime friend of the Gotti family and has traveled up and down the east coast to watch Gotti Jr.’s son’s boxing matches.

“I can’t tell you how loyal he is as a friend. My heart bleeds for him.”

Keep your eyes peeled for a Tony Luke’s cameo in the movie. In addition, Grammy-award winning rapper Pitbull created his first original motion picture score for the biopic, so look out for an appearance by him, too.