The sandwich shop will receive a $10,000 prize from the hot sauce company Truff 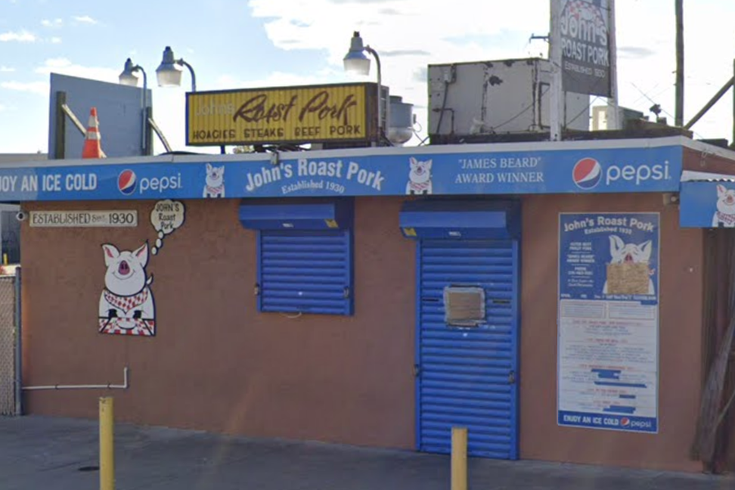 John's Roast Pork's cheesesteak was named the best in Philly in a competition hosted by the hot sauce company Truff. The winning cheesesteak features a sesame roll with American cheese, grilled onions and 'perfectly juicy' steak.

The debate over the best cheesesteak in Philadelphia will never be settled, but right now John's Roast Pork has all the bragging rights.

The South Philly sandwich shop's cheesesteak was voted the best in the region in a competition put together by California-based hot sauce company Truff. The winning cheesesteak featured a sesame roll with American cheese, grilled onions and "perfectly juicy" steak.

John's Roast Pork will receive a $10,000 prize from Truff for earning the most votes in the contest.

Owner John Bucci thanked the shop's customers for voting, writing on Facebook that he was "truly touched by the outpouring of love and support."

Rounding out the top five were Dalessandro's in Roxborough, Donkey's Place in Camden, Jay's Joint in Langhorne and Jim's in South Philly, according to 6ABC.

The contest stemmed from debates among Truff employees who hail from Philadelphia. The company decided to task cheesesteak lovers with determining the best. Voting concluded Wednesday.

John's Roast Pork opened in 1930 and has been passed down through three generations. The Snyder Avenue shop's roast pork sandwich has been ranked among the best in the U.S.

The shop also will be featured in Adam Sandler's upcoming Netflix basketball film, "Hustle," which was filmed across the Philly region.

If you're planning to grab a cheesesteak or roast pork sandwich from John's Roast Pork, be mindful of some modifications that have been made due to COVID-19 and staffing issues caused by the pandemic.

The shop is open 10 a.m. to 5 p.m. Tuesday through Saturday. To reduce wait times at the shop, customers must place their orders by calling and receiving a pickup time.