Jollibee, the fast-food chain from the Philippines with a cult-like following, finally set to open in Northeast Philly

A location opened in Manhattan in August and people camped out for 12 hours waiting to get in. The grand opening here is Sept. 2 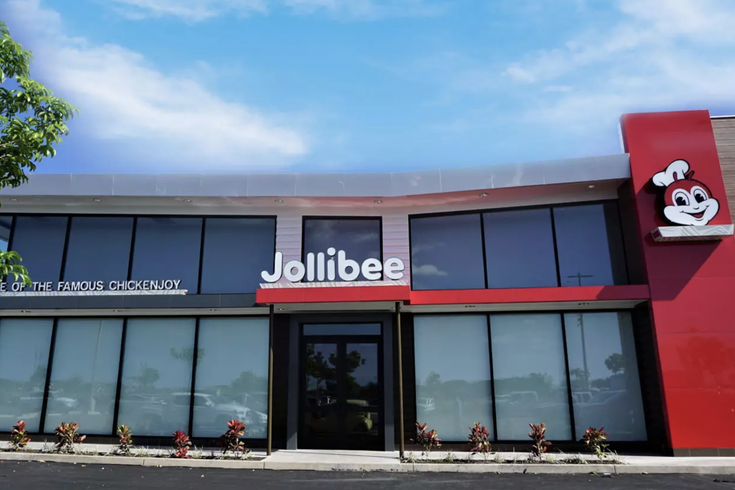 Jollibee opens in Northeast Philly on Friday, Sept. 2 at 9 a.m. at 7340 Bustleton Ave. The fast-food restaurant from the Philippines is wildly popular and among the fastest growing restaurant chains in the world.

Nearly two years have passed since Jollibee, the fast-food restaurant chain from the Philippines, announced plans to open a Northeast Philadelphia location, the first in Pennsylvania.

Beloved for its signature Chickenjoy and Yumberger meals, Jollibee was revealed to be part of a $50 million renovation of the Great Northeast Plaza, near the intersection of Bustleton and Cottman avenues. Among the plans for the shopping center is the redevelopment of its former Sears store and the construction of a standalone storefront with a drive-thru for Jollibee, at 7340 Bustleton Ave.

Months passed after that announcement in late 2020 — which coincided with one of the worst peaks of the COVID-19 pandemic — and there seemed to be little progress toward a Jollibee grand opening. The restaurant's nearest location to Philadelphia is in Edison, New Jersey, and as time wore on, the delay on Bustleton Avenue led to yearning and doubts about the fate of Philly's Jollibee.

Those concerns can now be put to rest, as Jollibee is finally on track to open to the public this Friday, Sept. 2 at 9 a.m.

What’s up Philly! 🤗 FOR THE FIRST TIME EVER our world famous Chickenjoy will be arriving in the City of Brotherly Love. So join us on Sept. 2nd from 9am – 11pm at 7340 Bustleton Ave. Philadelphia, PA 19149 and discover a taste you’ll be happy you didn’t miss! 😉 pic.twitter.com/YdVDUmbAhH

"Our store opening in Philadelphia was pushed and ultimately rescheduled to open this Friday in order to meet the demands of the area," a spokesperson for Jollibee said.

Founded in the Philippines in 1978, Jollibee has become the largest and fastest-growing Asian restaurant company in the world. There are more than 1,300 locations around the globe, but just 70 in the United States. Most of them are in California and the rest are scattered among a dozen other states.

Jollibee restaurant grand openings are known for their insanely long lines, like the one that formed outside a new Manhattan location earlier this month when some people camped out for 12 hours.

Jollibee's biggest fans began showing up at 1500 Broadway around 8:30 p.m. last Wednesday evening, where they camped out over 12 hours to be among the first in line for Thursday's 9 a.m  grand opening. @JollibeeUSA pic.twitter.com/NUvo9JQbWo

Thousands lined up for the opening of the chain's first restaurant in Spain last year, and people waited for hours in their cars for openings in Texas in 2020. The chain often brings its dancing red bumble bee mascot to these events to keep morale high.

The menu is a bit unlike what diners will find at other fast-food spots. In addition to its popular burgers and fried chicken, the Jollibee menu features a unique spaghetti dish served in a signature sweet-style sauce with chunky slices ham, ground meat and hotdog. The chain also is known for its crispy peach mango pie rolls and creamy chocolate and coffee floats.

Southeastern Pennsylvania and South Jersey are home to a growing Filipino population, with large communities in Northeast Philadelphia and Cherry Hill.

If you're looking to give Jollibee a try in Northeast Philly on Friday or over the weekend, you will want to block out some time to wait in line. The consistent hype at locations around the world suggests the food is well worth it.