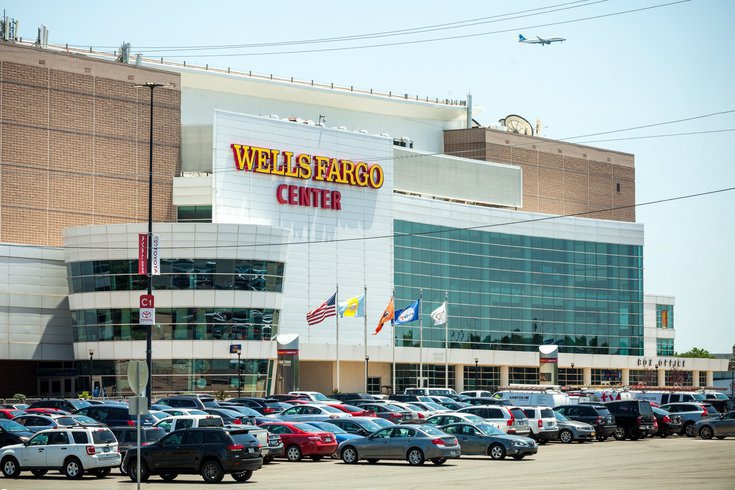 Chef Marc Vetri will open a new pizza place, named MVP, in the club level of the Wells Fargo Center in South Philadelphia.

The Wells Fargo Center's club level is gaining another restaurant from a top flight restaurateur this fall as part of its ongoing transformation.

Marc Vetri will debut a new pizza place, called MVP, in the former Bistro stand on the 11th Street side of the arena, Comcast Spectacor announced Monday.

"Next to making pasta, pizza is one of my favorite obsessions," Vetri said. "I'm thrilled to be making pizza again and to be back inside an arena. We've spent the summer perfecting our fresh dough at Wells Fargo Center and can't wait to share the club level with some amazing leaders in the culinary space."

The club level overhaul is part of a $350 million, multi-year renovation project that also includes a revamped concourse and the 4K kinetic scoreboard, installed in 2019. The club level will feature four new bars, exclusive retail shops and a series of new premium seating options.

Chef Jose Garces will open a Garces Eats fast-casual concept at the former Bistro stand on the Broad Street side of the club level. That restaurant, which will have an open kitchen design, will feature food from well-known Garces establishments including Village Whiskey, the Olde Bar and Distrito. The latter closed in July.

Restaurateur Stephen Starr also is opening Adrian, a new restaurant that will replace The Grille on the club level. The upscale American tavern, paying homage to "Rocky," will have seating for 300 people when it opens this fall.

The Vetri and Garces restaurants will be accessible to ticket holders in the Club Level and Suite Level. Starr's restaurant will be open to all Club Level, Suite Level, Liberty Lofts and Revolutionary Row ticket holders, a Comcast Spectacor spokesperson said. Season ticket members in other parts of the arena will be able to access the restaurants as an add-on to their memberships.

"This new culinary concept from the incredible Marc Vetri finalizes our amazing lineup of world-class, local food and beverage options that will debut at the new Wells Fargo Center this fall as we open our new club level," Wells Fargo Center President Valerie Camillo said.

The upgrades at the Wells Fargo Center come as the 76ers are making a push for a new arena built with private funds in Center City. Under the "76 Market East" plan, the arena would be located on Market Street between 10th and 11th streets, on the site occupied by the Fashion District shopping center.