The late musician once collaborated with Philly's Lil Uzi Vert 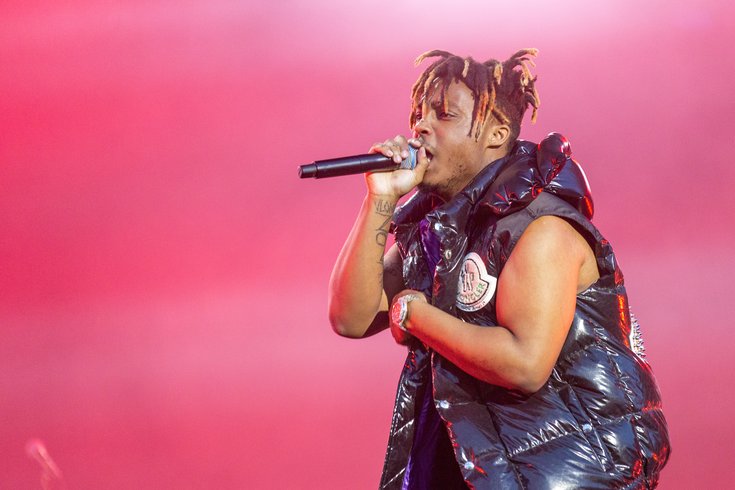 The late musician, who once collaborated with Philadelphia rapper Lil Uzi Vert, died Dec. 8 after suffering an apparent seizure shortly after arriving at Midway International Airport in Chicago, his hometown.

Juice WRLD, born Jarad Anthony Higgins, overdosed on codeine and oxycodone, the medical examiner's office ruled. He was 21 years old when he died.

The Medical Examiner's Office has determined the cause and manner of death of 21-year-old Jarad A. Higgins.
Higgins died as a result of oxycodone and codeine toxicity.
The manner of death is accident.@JuiceWorlddd #Juicewrld

The rapper's family and music label, Grade A, posted a joint statement to Juice WRLD's social media accounts, announcing a public tribute to be held in Chicago. They also mentioned their intention to share unreleased music in his memory.

A message from Juice’s family and friends. Please head to @gradea for all forthcoming information regarding Juice WRLD. #lljw🕊

Prior to his death, Juice WRLD admitted to struggling with substance abuse. Death was a common theme in his songs. His fans have pointed to a lyric from his song "Legends, in which he sings "What's the 27 Club? We ain't making it past 21."

The musician was a rising international star due to his widely-popular hits "Lucid Dreams," which reached No. 2 on the Billboard Hot 100, and "All Girls are the Same," which peaked at No. 41. His music was part of a genre known as "emo rap" or "trap," because he mostly sang his songs.

Juice WRLD collaborated with many musicians thanks to his noticeable singing style. In 2018, he released "Wasted" with Lil Uzi Vert. The song has received nearly 55 million views on YouTube.