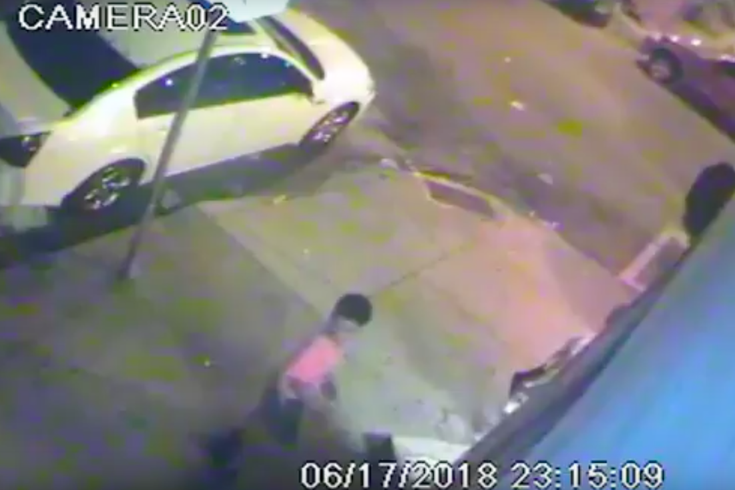 Philadelphia's Arson Task Force is searching for two teenagers in connection with the explosion of an M-type explosive device at Chinese restaurant in Kensington late Sunday night.

Authorities shared surveillance video of the incident with the public on Wednesday in hope of finding assistance in their search for two male suspects.

The incident occurred around 11:10 p.m. Sunday at New Super Kitchen, which is located on the corner of the 700 block of East Thayer Street. Investigators said the two male suspects approached the restaurant twice. The second time, one of them allegedly threw an M-device inside.

A security camera inside the restaurant shows a large explosion that police say left significant damage inside the business. There were reportedly no injuries.

The suspect seen throwing the device is described as a black or Hispanic male between 13-15 years old. He was last seen wearing blue shorts, black sandals with white stripes on the top, black socks and a pink t-shirt.

Anyone with information about this crime or these suspects is asked to contact East Detectives at 215-686-3243.