Contention is a must for the franchise to regain some buzz in town. 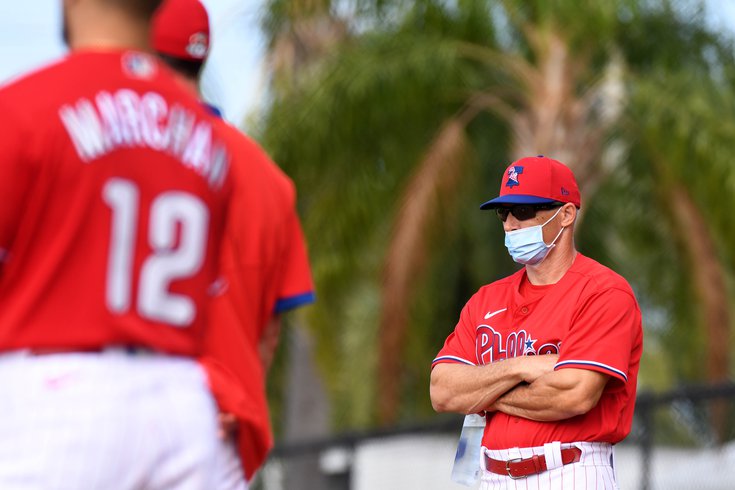 Over the years, sportswriters who have yearned for careers in poetry have waxed endlessly about the meaning of spring and the rebirth that is symbolized by the return of baseball.

Perhaps this year, those words take on an added meaning. As everyone sees light at the end of the Coronavirus tunnel that has engulfed it for a year, the notion of a collective reopening thanks to the progress with vaccines at the same time that the National Pastime returns seems fitting. Never has the winter seemed longer while the glow of a promising spring seem larger.

And yet, it is fair also to point how critical these next eight months are going to be not just for baseball as an industry, but to the Phillies in particular.

After what turned into a lost year in 2020 filled with financial hits and with a potential looming labor dispute derailing the start of the 2022 season at the minimum, it is more important than ever for an entertaining product to be delivered to energize what has been a shrinking fan base.

The Phillies are a prime example of what’s on the line for the entire sport.

The club exists in the same conditions that plenty of teams within the sport end up living in. When things are going well and the product on the field is good, they draw extremely well and generate plenty of revenue and buzz. They also spend to the upper reaches of the sport — bringing in big money free agents in a reinvestment into the product.

When they are mediocre or below, the buzz is usually gone by the time training camp begins at the NovaCare Complex with September nights sparsely attended. With the exception of places that serve as tourist spots and the big passion spots for the game — Boston’s Fenway Park, Chicago’s Wrigley Field and Los Angeles’ Dodger Stadium — this is the way it works across the board.

The problem for the Phillies is those nights of heart pumping, legitimate contention are now a decade old. If you are ranking the four teams in town by popularity, the Phillies are probably third behind the Eagles and the 76ers at the moment. In this market, there is a sense of a potential change in that ranking coming. Both the 76ers and Flyers are in windows of contention for championships while the Eagles are heading into a potential lengthy rebuild.

The Phillies are kind of stuck in the middle — certainly not a favorite, but definitely not in a rebuild. What the Andy MacPhail/Matt Klentak era essentially did was rearrange the deck chairs, change the faces in the program while yielding the same frustrating results and irritating the part of the fan base that was still burning with passion for the sport.

Dave Dombrowski was brought in to oversee the product on the field and this off-season has seen legitimate progress. The bullpen – led by Archie Bradley — should be significantly better. (No, it probably couldn’t have been worse.) Re-signing both Didi Gregorius and J.T. Realmuto patched what would have been gaping holes. Even the back end of the starting rotation should be better.

However, the problem for the Phillies is that they could be significantly better and still miss the playoffs. The National League East may be the best division in sports with the Braves, Mets, Nationals, Phillies and Marlins all legitimately having playoff claims.

The goal for a realistic Phillies fan isn’t necessarily to make the playoffs — especially if Thursday’s report on The Athletic is right and the league will stay with its traditional five team per league format of three division winners and two wild cards. Under that, it would seem hard to believe three NL East teams have a chance at the post-season given the two “super teams” in the NL West in Los Angeles and San Diego. (Both of those teams will have plenty of chances to beat up on three also-rans in the Giants, Rockies and Diamondbacks.)

No, what the Phillies have to show is an ability to take a step — say into the 87 to 89 win range — of serious contention to make late September games feel meaningful beyond the idea of a playoff spot being on the line. There has to be tangible signs of growth and improvement from a team that has seemed spinning its wheels in the mud too long.

In the spring, the possibility for that rebirth exists. And that’s the beautiful part of the sport. But the romanticism also has a reality to it. And the reality is that this next stretch could determine the franchise’s standing moving forward for a long time.