The pilot episode of "Barry & Joe" has now been funded 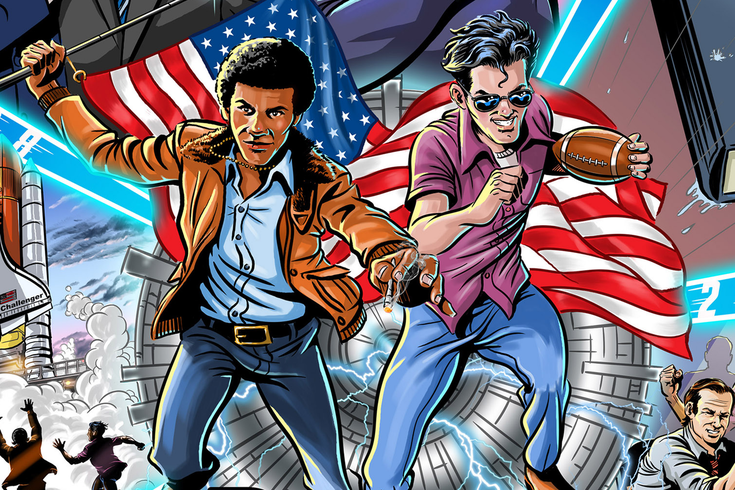 A Kickstarter campaign looking to fund an '80s-inspired "adult animated sci-fi sitcom" starring former President Barack Obama and Vice President Joe Biden has surpassed its goal of $100,000 by its Thursday deadline, giving it the green light for a pilot episode that will be used as "a proof of concept for a full series."

The description of the show, "Barry & Joe," is action-packed. The series will open with Obama and Biden getting swept off to a "secret lab" occasionally run by Elon Musk shortly after the inauguration of the "the forty-fifth president."

The two are held in the lab until they're transformed into younger versions of themselves and work to "change history for the better." Their only guide? Famed astrophysicist Neil deGrasse Tyson. Viewers won't see President Donald Trump's face, according to the Kickstarter description, just his "tiny hands." That small detail makes him a bit like Dr. Claw from the "Inspector Gadget" cartoons.

"Barry and Joe must constantly face their worst fears as the combined forces of Trump, his henchmen and the Russians show up and fight them for control of the spacetime continuum," according to the Kickstarter campaign that's raised $107,000.

Adam Reid, a New York filmmaker behind the idea, told USA Today that he thought up the plot shortly after the election.

"I don't want this show to be preachy, because it's not," Reid told the publication. "It's an escape. It's silly. It's a Saturday morning cartoon show for adults who care about the world."

Like what you hear? Reid expects the pilot episode to air by the holiday season.

Get a little taste by checking out Reid's Kickstarter video below: