Three chefs from around the world were recognized for their activism 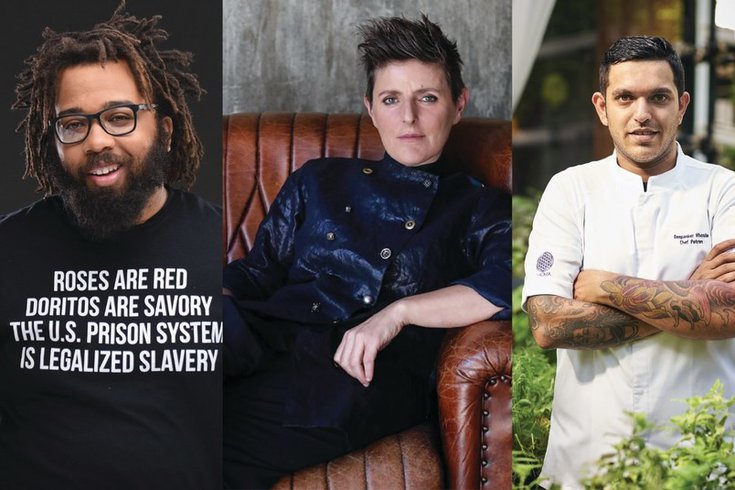 Philly's Kurt Evans is one of three winners of Champions of Change.

The new initiative from The World's 50 Best Restaurants, announced Tuesday, recognizes those in the hospitality sector who created meaningful change in their communities during the COVID-19 pandemic.

Evans works to bring attention to criminal justice reform in America. His End Mass Incarceration dinner series works to rally the community around the cause.

Additionally, he is a co-founder of Everybody Eats in Philly, a mutual aid organization that began during the pandemic to provide free food to people in underserved communities.

Evans has been using food as a medium to mitigate recidivism and fight mass incarceration since he first started the End Mass Incarceration dinner series – or EMI – in 2018. Bringing together those impacted by the phenomenon with community members and policy makers, the EMI dinners have raised money for bail funds, expungement clinics and charities such as Books Through Bars, while fostering conversation around this critical topic. In July 2020, Evans helped create Everybody Eats Philly, a collaborative team of Black chefs leading the fight against food insecurity in his hometown, alongside fellow chef Stephanie Nicole Willis.

When the pandemic first hit the U.S., Evans was working as culinary director at New York-based non-profit Drive Change. The program, which helped train formerly incarcerated youth in the culinary arts, abruptly ended and the chef and activist moved back to Philadelphia, where he co-founded Down North Pizza with Muhammad Abdul-Hadi. The ‘mission-led for-profit restaurant’ in the city’s Strawberry Mansion neighborhood exclusively employs formerly incarcerated individuals while providing culinary career opportunities with a fair wage.

A donation will be made to each of the winners' causes from the 50 Best Recovery Fund. The exact amount has not been disclosed.

According to Eater Philly, Evans plans to use the money to invest in Everybody Eats and more End Mass Incarceration dinners. Everybody Eats is in the process of setting up a community space and getting a truck in order to bring fresh produce to Philly's food deserts.

Viviana Varese, an Italian chef who campaigns for the LGBTQ+ community and inclusivity, and Deepanker Khosla, an Indian chef and restaurateur supporting migrants in Thailand, are the other two Champions of Change winners. More details on their accomplishments are available from 50 Best.

This article has been updated to reflect that Evans stepped away from all duties and associations with Down North Pizza on July 8. He was a co-founder, and not a co-owner as previously stated.