Kurt Vile and Courtney Barnett: Two peas in a pod

Beyond their voices, what attracted them to each other was the shirt and the hair 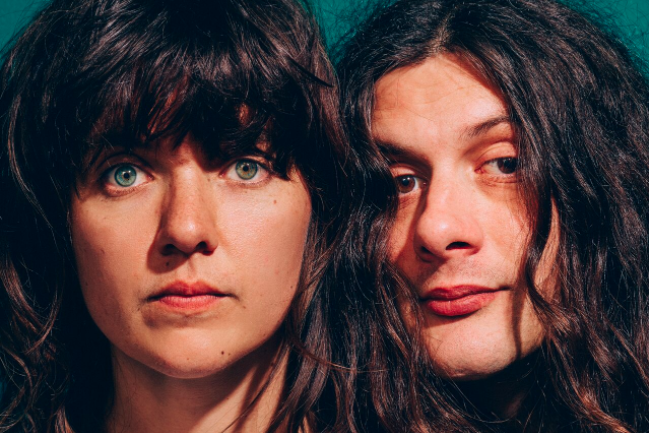 After meeting in 2014 and forming a mutual admiration society, Vile heard Barnett's voice in his head when writing the new “Over Everything,” a song about playing loud blues and wearing earplugs.

Rather than save the work-related tune for himself, Vile flew 10,000 miles to Melbourne where the duo recorded that track and a handful of songs for a new album, “Lotta Sea Lice.” Now, Vile, Barnett and her partner Jen Cloher (the tour’s opening act) will hit the stage together at the Tower Theater this Friday.

The best way to capture the musical twosome is to simply let them blab. So, we compiled this Q&A.

Q: As both of you guys share a smart, dry, humorous lyrical sensibility, do you think that either of you tried to top the other?

KV: Yep. No. A little bit. I definitely wanted to write about things I thought she might sing about. Or the opposite. Like she cares about the environment, and I do not. Stuff like that. I’m totally kidding. I was more inspired by her than competing with her. Courtney, did you try to copy me?

CB: No, I did not copy you. I think there was a thing where you’re inspired by the other person, so you try and impress them, and you become a little bit better. That’s a good thing.

KV: Something in each other’s wheelhouse.

Q: Before working together, what did you like about each other?

KV: I liked her voice and her songs, and she always had cool shirts. A cool hair-do, too.

CB: That was exactly my same impression of Kurt.

Q: OK, you’re sticking with the shirt and the hair. When you got past the hair, when and why did you guess that working together could be a good idea?

KV: I thought it was a good idea for me right before my last album [2015’s “B'lieve I'm Goin Down”] came out, and I was thinking about her voice.

CB: It grew out of Kurt e-mailing me about this first song he had written for me – that idea. I thought it was a good idea for a pairing. We got on better as we got to know each other.

KV: We did each other’s songs that weren’t quite complete.

KV: I think we’re equally improvisational once we start playing.

CB: I think it changes from day to day with us. I think I might be more plan-y, worry-y and plan ahead-y. Then again, I leave everything to the last minute, so it’s backwards – straight up. We do the same thing on different days.

KV: Being in the studio after the first few days, we learned each other’s habits. It wasn’t so nerve-racking then.

Q: What do you guys think about when you’re not in the studio?

CB: I think we’re both a little bit obsessive. I recognize something weird and dark in him.

KV: I’m having trouble waking up, so I‘ll say all those things.

Q: Why record in Melbourne, as opposed to Philly?

KV: I got quickly used to going there, and if she wanted, next time out, she could record in Philly, but when we did the album, it was their summer.

CB: We did it during our two summers, compared to your two winters.

KV: I also like to catch people in their natural environment. I’m lucky that way.