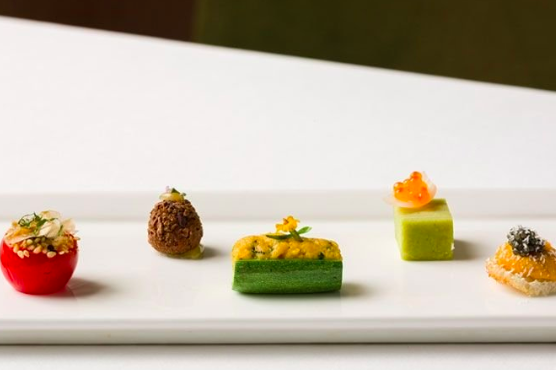 Courtesy of /LaCroix at The Rittenhouse

Fine-dining restaurant Lacroix at The Rittenhouse hotel has been named "best brunch in Pennsylvania" for its Sunday buffet by The Daily Meal.

The all-you-can-eat brunch is only served once a week, but serves offers an extensive menu of French-inspired items, with a raw bar, canapes, charcuterie, and more. The buffet costs a flat rate of $75 per person.

As the dining website described in its state-by-state list published earlier this month, Lacroix's menu includes all the breakfast mainstays, "but everything's kicked up a few notches."

The brunch buffet has received praise before, including last month from Philly Mag, which called it"the grandaddy of all Philly brunch spots," and Eater Philadelphia, ranking it as one of 20 essential brunches in the city in 2019.

At dinner, Lacroix's menu is prix-fixe with a wine pairing, and they also have caviar tasting menus starting at $85.

The restaurant is located inside the luxurious hotel The Rittenhouse at 210 W. Rittenhouse Square, Philadelphia. Most rooms start at $365 per night, and have a view of Rittenhouse park in Center City.