The prosecutor said, 'our courts are the bulwark to stop a majority political party’s attempts to weaponize the General Assembly’s impeachment powers against elected local officials from a different party ' 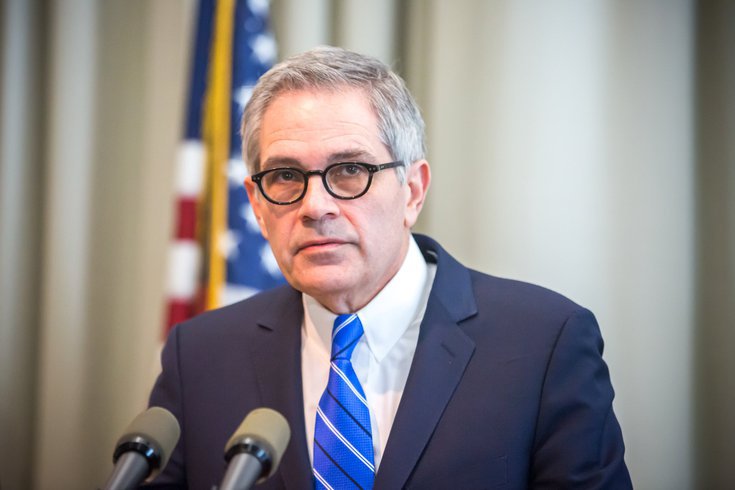 Philadelphia District Attorney Larry Krasner filed a legal petition against the Senate's vote to move forward on the decision to impeach him by the General Assembly.

Krasner's petition states that the choice to impeach the Philadelphia prosecutor is unlawful. If the proceedings continue, it would have "grave implications for the exercise of power by the legislature to target political dissenters," he stated.

Krasner's petition lays out three arguments on why the impeachment should be ruled illegal.

Krasner's second argument is that he is not subject to impeachment because the state's constitution doesn't authorize impeachment of the district attorney. After all, he is not a civil officer but a local officer.

The third argument is that the amended articles of impeachment do not allege any conduct that qualifies as misbehavior, which is grounds for impeachment.

"Our courts are the bulwark to stop a majority political party's attempts to weaponize the General Assembly's impeachment powers against elected local officials from a different party to reverse the outcome of a local election," the petition states. "Left unchecked, the gate will be opened wide. The commonwealth's Constitution and the Rule of Law cannot allow this to occur.

Krasner also stated that the impeachment proceeding is unlawful because the 2021-22 legislative session ended on Nov. 30.

On Nov. 16, the Pa. House voted to impeach Krasner by a tally of 107-85. In October, when the articles of impeachment were introduced, Pa. House Republicans said Philadelphia is crime-ridden, and Krasner's progressive ideology had failed the city.

"These are the consequences of District Attorney Larry Krasner's failure in office," Rep. Martina White said. "No public official is above the law."