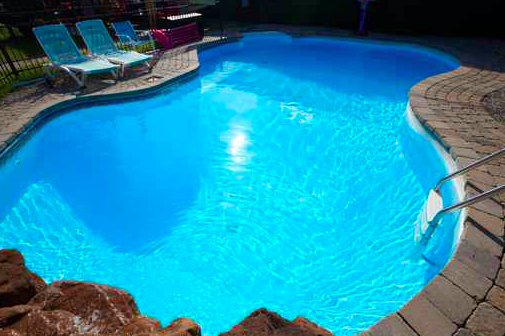 A New Jersey condominium association has been hit with a lawsuit over a religious policy restricting the freedom of male and female residents from swimming together in the community's outdoor pool for more than two hours per day.

The lawsuit, first reported by the Asbury Park Press, was filed by three homeowners at Lakewood-based A Country Place, an age-restricted complex with 376 units primarily occupied by members of the Orthodox Jewish community.

In observance of Orthodox Jewish law, which prohibits men and women from bathing together, the condo association's board instituted a schedule that permits the two sexes to swim only from 1 p.m. to 3 p.m. on Sunday through Friday. The Sabbath prohibits Jewish residents from swimming on Saturdays. At that time, the pool is available for men and women to swim together. On all other days, nine out of 11 hours are reserved solely for single-sex swimming.

The plaintiffs in the suit, represented by Jose D. Roman of Roman and Powell, contend that the policy imposes a religious restriction at a secular association and was instituted by an officially secular governing body, despite their publicly avowed religious affiliation.

Two of the plaintiffs, Marie Curto and Steve Lusardi, were fined $50 each earlier this summer for violating the revised policy, though the report does not specify exactly when it took effect.

Curto is joined by Lusardi and his wife, Diana, in the lawsuit filed against the association in state Superior Court. They allege that the policy at A Country Place is discriminatory and bars them from enjoying one the primary amenities that attracted them to the community in the first place. They further argue that their $250 maintenance fees help keep the pool in good condition and should consequently grant them access to the pool largely at their discretion and convenience.

The defendants, represented by Angela Maione Costigan of Costigan & Costigan, believe that as a private association, A Country Place is well within its rights to shape policies in accordance with the will of the majority of its residents. They believe those who violate the policy are "inconsiderate" of the Jewish community, which they feel made a minority accommodation by scheduling any time at all for men and women to swim together, according to a letter obtained by the Asbury Park Press.

The ACP board has since instituted an escalating scale of fines for repeat offenses, rising to $250 on the third offense.

In their suit, which seeks compensatory and punitive damages, the plaintiffs allege that they have been "harassed" and "intimidated" by members of the ACP community. They also charge that there is no appeals process in place for violating the policy.

A hearing on the case is scheduled for Nov. 4 in Toms River.