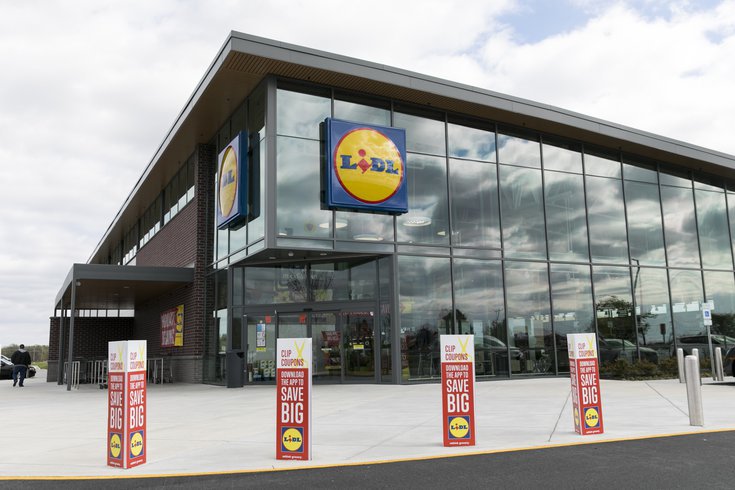 German grocery store Lidl is in the midst of a large expansion on the East Coast of the United States. Its latest store opened at 9175 Roosevelt Blvd. in Northeast Philadelphia. Above, a location in Middletown, Delaware.

A pair of grocery stores run by German-based companies opened their doors to the public this week in Northeast Philadelphia and West Poplar.

Lidl, the quickly expanding chain, held a grand opening of its new location at 9175 Roosevelt Blvd. on Wednesday, presenting the first 100 customers with gift cards ranging from $5 to $100. This is Lidl's second store in Northeast Philadelphia. The first opened last year at 2290 East Butler St.

The company has plans to open 50 new stores on the East Coast by the end of next year, including a second store in Delaware County and several in South Jersey. It currently has South Jersey stores in Burlington, Cherry Hill and Vineland, as well as a location in Folsom, Delaware County.

Discount grocer ALDI also opened up another Philadelphia location on North Broad Street as part of a project supporting the neighborhood around the revitalized Divine Lorraine Hotel apartments.

ALDI also is planning a significant expansion across the United States, with plans to operate 2,500 stores by the end of 2022.